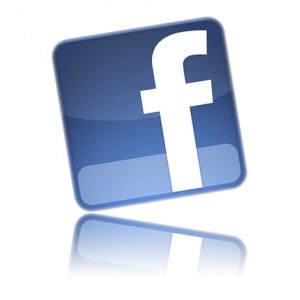 Everyone has been going gaga for Facebook ads lately, and it’s understandable to want to get caught up in the moment. Facebook is one of the most exciting sites of our time, and if you’re not able to buy stock in it, you can at least buy an ad and feel like you’re part of history. But aside from all of that you’ll probably want to use Facebook ads to make your own small fortune. But is it possible?

Overview
In the movie The Social Network, the character of Mark Zuckerberg resisted putting ads on the site because he said it would make it “uncool”. It seems that if this were true, he eventually caved long ago and now there are ads on the right hand side of nearly every page you visit. What is supposed to separate these from other ads is that Facebook has a giant amount of personal information about you, and they are targeting this ads according to your interest. At least that’s how it’s supposed to work.

The Claim
Facebook ads have gotten a lot of attention in the last few years, as Internet Marketers realized that Facebook was getting more page views that Google and had more lax restrictions as far as what you could promote with them. The claims flew from self-touted Facebook ads gurus. They said that you could make a fortune cashing in on the gold mine that all of this traffic represented.

The traffic numbers of Facebook are staggering, so it definitely is possible to make a lot of money from all of those visitors, and all of the time they spend at the site. However, just because they’re on the site doesn’t mean they’re clicking ads (when is the last time you remember even looking at a Facebook ad). Also, just because they click on an ad does not mean they’ll convert. When is the last time you clicked on a Facebook ad and then bought something from the site you were sent to?

The Hype
The hype is that Facebook is the fastest growing social network in the world, and only growing bigger everyday. So when people make these claims about a huge money-making opportunity, it seems only right that there would be a lot of money to be made if you knew how to do it correctly. Facebook is always in the news, and there always seems to be a buzz about it. According to Google Facebook’s unique visitor stats show a steady, upward climb, with no end in site. It’s not like you want to miss out on this opportunity.

The Cost
You’re totally in control of how much you spend on your Facebook ads. You can set it to a cost per click basis, or a cost per impression. You can also set your maximum daily spend so you don’t go over your budget.

The Commitment
You have to stay committed to seeing how your ads perform, to split testing different ads to see which ones are more effective, and to keeping track on your numbers to see if you’re getting a good return on your investment. This is no set and forget system. You definitely have to keep an eye on things, or you can end up spending a lot of money in a hurry, with nothing to show for it.

Evaluation
The level of demographics you can drill down to is quite impressive, in theory. They are pretty open about telling you how many people you’ll be targeting by selecting the different criteria. This should allow you to get laser-targeted people looking at your ads, which should make each click you get more valuable than just bringing general random people to your site or offer.

Case Study
Let’s say you want people to come to your online DVD shop. You want to promote the latest new DVD release so you create an ad that has a picture of the movie star from the film, and you put a catchy title like Have You Seen This Movie? and you put a call to action like “Get it now for less!”.

Next, you will want to make sure that your ad only gets seen by people that might want to buy this DVD. So you have it set to only show to people in rural areas of the country, so it’s inconvenient for them to get to a retail store. You then drill down further to find people that either like this movie, or like the actor that’s in it. In essence you should not have motivated, interested people seeing your latest sale on the DVD, and not just random tire-kickers.

But even with all of this specific targeting you still have to watch your sales numbers to see if Facebook ads are justified. If you are spending $20 in Facebook ads to make one DVD sale for $15 you’ll quickly go broke. However, if you are making money by running the ads, it only makes sense to run more ads. Find out which niches make the most money, and then focus more heavily in these areas. You’ll soon see the 80/20 rule in effect, where 20% of the ads you run will get you 80% of your sales. Run those ads more, in more areas, and you should be fine.

Who Makes Money
But the real winner in all of this is Mark Zuckerberg and the gang at Facebook. They aren’t really concerned with whether or not your ads are making you money, because either way they’re getting paid to show them. What they concern themselves with is whether or not your ad is the best one to show, based on how many clicks it’s getting per number of impressions, and how much you’ve set your cost per click at. If your ads aren’t making Facebook enough money, they will just show someone else’s ad that’s better optimized and willing to pay more.

Of course there will be those that have a great deal of success with Facebook ads, and they’ll want to convince you of this and get you to buy their get-rich-quick product where they’ll teach you the same system they use. In all actuality, they will probably not teach you their exact system, and you’ll get watered down instructions, or some sort of method that only works for a short while until everyone else starts doing the same thing.

It doesn’t hurt to do a limited test run with Facebook ads and see if they work for your niche and your product or service. You can set your daily budget to something that isn’t too scary, and come up with a number of different ads in a short period of time. Keep a close eye on your traffic and see if you are getting quality clicks. If the numbers make sense, scale up your operations and go from there.

Our Recommendation
While you shouldn’t buy into all of the hype surrounding Facebook ads, you shouldn’t neglect them either. You should take a comprehensive approach to making sales, and exhaust all avenues you have available to you. There’s no reason not to try Facebook ads and see how they perform for you. If you don’t see the results you want, you simply pull the ads.

What do you think? Do Facebook Ads work or not?

← Previous Does I Can Make You Thin Really Work?
⚅ back to blog
Next →Does Dragon Naturally Speaking Really Work? 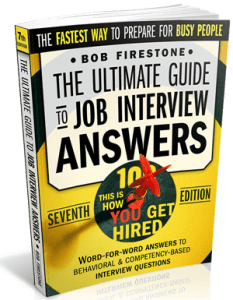