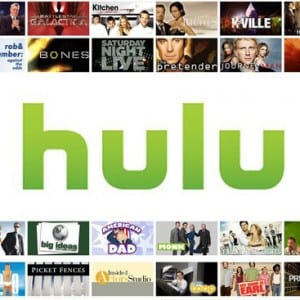 Hulu Plus is the premium upgrade to Hulu.com which allows you access to all of the shows that are locked up when you just a basic free member. With so many choices in entertainment these days, we had to put it to the test to see if it’s worth adding to your content arsenal.

Overview
When the Internet first came out the assumption was that one day we’d be able to watch any show or movie we wanted, instantly, on-demand and for free. As connections got faster and faster and dial up became a thing of the past, this vision seemed to become more likely to be a reality. But the TV networks and movie studios have other ideas, and want to make sure that they get their cut since they are the ones that put up the millions of dollars up front to have all of this content made. So right now we’re in a sort of tug of war between what the people want and what the companies want.

The Claim
The big claim of Hulu Plus is that you can watch as many shows as you want, all instantly, and all for a relatively low price. They try to separate themselves from the Netflix service by focusing on the fact that they can get these full length shows the day after they air on TV in most instances, making it the only place that you can stream these shows legally.

The Hype
They run ads for this premium service all of the time on TV, and since it’s a joint venture between the big networks NBC, Fox, and ABC you better believe they are getting those advertisements either free, or at a drastically reduced rate. Aside from that, if you’ve got a basic Hulu.com subscription then you will see a lot of content that has a little banner on it indicating that it is only available through Hulu Plus, and so they are pretty much always trying to get you signed up.

The Cost
It’s $8 a month for a Hulu Plus subscription, which is the same as their biggest competitor Netflix. Netflix might not be able to stream all of the newest shows in their current seasons, but they also don’t show commercials in the middle of them either. More on that later.

The Commitment
There’s no commitment, you can cancel at any time. We tested and proved it by signing up for their one week trial, checking out some of our favorite shows for this review, and then canceling the subscription when we were done. It was really easy and can be done entirely online and without having to ask customer service to do it for you. They even have an option that allows you to delete your entire account if you’re paranoid that they might be keeping your information on file so they can still bill you even after you cancel.

Evaluation
The one thing that you’ll probably notice immediately is that paying the fee does nothing to get rid of the ads from the programming. You’ll still have to wait at the beginning, before your show even plays, and then it will be interrupted while you’re watching, and unless you’re on full screen you’ll have banner ads around it. If you’re the type of person that gets agitated when you pay to go see a movie and then have to sit through the same ads you see on TV, this will be grounds to terminate the service.

But if you’re the type of person that understands that these shows were developed in order to make money, and the only way to monetize them is to put ads in and around them, then it won’t bother you too much. If you’ve already got a cable subscription, it might seem like some sort of double-charge because you’re already paying to watch TV, and sit through ads, and then you end up getting Hulu Plus, pay the extra $8 and then still have to sit through more ads.

Entertainment Nirvana
Here is what the perfect set up would be, if you are an entertainment junkie and want to be sure that you have all of your bases covered: First you need a cable or satellite subscription with a digital recorder so you can watch sports and all the latest must-see shows as they happen. Next, you’ll need a Netflix subscription that’s doubled up so you not only get access to their vast library of TV shows and movies, but you can get new releases through the mail on DVD. Next, you’d tack on Hulu Plus so that you can catch up on current seasons that you’re behind on. Total cost would be under $100 a month and you’d have more content than you could ever watch.

As long as you know what it entails before signing up, Hulu Plus does deliver on their promise of providing all the popular TV shows you could want, with updates as recent as last week. It’s nice if you want to keep up with your favorite show, but for those that have digital recorders it’s much easier and smarter to just record them and watch them at your convenience, skipping past the commercials. If you’ve fallen behind on a series then it’s a great way to catch up on it, and pretty much the only way you can without finding an illegal download and possibly getting a virus.

Our Recommendation
It seems that the TV networks are fighting tooth and nail to milk every last dollar out of their content, and it makes sense. It’s not as if it’s a band that makes music that can make money by going on tour. For the shows to make financial sense they’ve got to get the eyeballs in front of ads. The only gripe is that since you’re already paying for the service the content shouldn’t be withheld from the viewer with ads even before it starts. Some ads squeezed within the content is one thing, but streaming instantly should mean that your show starts when you press play.

What do you think? Does Hulu Plus work or not?

← Previous Can You Save Money By Renting Household Items From Rent A Center?
⚅ back to blog
Next →Does the Square Credit Card Reader Really Work?

4 Customer Reviews on “Is Hulu Plus Really Worth It?”