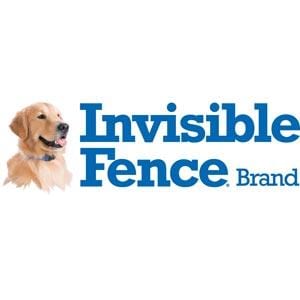 The makers of Invisible Fence say that they can help your dog experience more freedom, with less anxiety. Those that are opposed to it say that it’s not right to use electro-shocks to keep your dog in your yard. We’ll explore both sides and see if this is something that keeps your dog contained in a humane way, and without an eyesore that a conventional fence becomes.

Overview
Most owners want to give their pets the best life possible, and it brings joy to them to see their dog or cat enjoy themselves and have the freedom to be an indoor/outdoor pet. It’s really the best lifestyle, because they get the natural feeling of being outdoors, the fresh air, the critters to chase, and the sunshine to soak up, and then they get all the comforts of being indoors during lousy weather, and at night, or when the family is home. But if you don’t have a physical fence, you probably don’t want to install one just to keep your pet contained. That’s where something like the Invisible Fence comes in.

The Claim
The Invisible Fence claims that they’ve got the best solution for dog containment. They say they’ve been around 38 years and haven’t met a yard or situation they couldn’t handle. They boast a self-reported 99.5% success rate, and say that they are safe and humane, They even say that it is recommended not only by vets, but by pro dog trainers and various pet experts.

The Hype
The Invisible Fence has the benefit of having their brand name be used as the way people refer to the product, like Band-Aid for bandages, or Kleenex for tissues. Most people would say they are going to get an invisible fence, without realizing that there’s a company named after it.

The Cost
Invisible Fence is totally customized to your situation, such as the size of your yard, where you want them to be able to roam, and how many pets you have. Most people have reported that the invisible option is cheaper than the physical fence option.

The Commitment
It can be tough getting used to an invisible system keeping your dog inside your yard, and until you see it work the first few dozen times, you’ll probably wonder if it’s going to do its job or not. Eventually though, you learn to rely on it, and after that there’s not much for you to do but enjoy. Overall the entire process is pretty hands-off, you just have to set aside time for the consultation, give it the go ahead, it all gets installed for you, just take the time to learn how to use it, and then you’re set.

Evaluation
Invisible Fence and invisible fences as a whole have drawn a lot of criticism from some pet owners that don’t feel the concept is a good one. They say that there are better and less harmful ways to teach your dog or cat about boundaries, and keep them in the yard. They say that pets learn to test the device and also learn that they can make it past the barrier. But Invisible Fence says that their system is effective, and keeps dogs inside the perimeter you set.

They are calling the zap it gives your dog a “static correction” and say that it’s non-harming. However, if you’re a purist you would have to argue that it might not harm them but it does hurt them, otherwise it wouldn’t correct their behavior. However, if you think about it, it’s only a few times, and they should have the lesson learned. After that they should remember to stay where they’re allowed to, and they’ll get on with their lives moving about freely in their designated area.

Drawbacks and Potential Problems
One drawback to an invisible fence is that it doesn’t keep other dogs from getting into your yard, leaving your dog susceptible to fights or mating. Another potential problem we couldn’t find the answer to is whether or not the system keeps sending static corrections to your dog as they stay outside of the boundary. For example, if they see a squirrel and their adrenaline and excitement causes them to race past their boundary giving chase, will the collar be correcting them the whole time until they return to their spot, or will it stop after a few warning shots?

The Invisible Fence company seems to be doing the best job they can to give pets freedom, but also keep them safe from the dangers of getting loose. Regardless of your feelings about the humane nature of these type of fences, you can’t fault the company for providing a top-quality version of the method.

Our Recommendation
They offer a no obligation consultation so we’d recommend going with that to see how much this will set you back, and to ask any further questions you have about how this works, and whether or not it sounds right for your dog and your home.

What do you think? Does the Invisible Fence work or not?

5 Customer Reviews on “Does the Invisible Fence Really Work?”