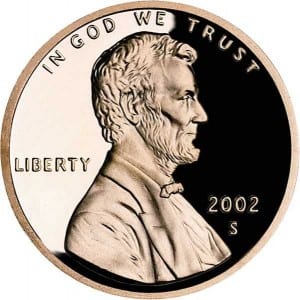 Maybe you’ve run across a penny auction site here or there and wondered if they could work. The concept itself sounds fun, make small priced bids on big name electronics and potentially walk away with a great deal, even a steal. But as we all know if something sounds too good to be true it probably is, and in the majority of cases that’s what’s going on with penny auctions.

The Basic Premise
The thought is that you bid on an item and if you’re the last person to bid on it when the time runs out, you get it. The only thing is that other people can come along and bid at any time, right up until the last second, and would then be the next in line to win the item unless someone else bids again. It may sound innocent enough, except that bids cost money. It varies from site to site, but it’s usually in the 60-80 cent range.

How It Doesn’t Work
The reason it doesn’t work is because for every one success story, there are hundreds of loser stories. Sure, you can find pics of people showing off their win, and proving that they did in fact receive the item they won. But what you won’t see is pictures of the hundreds of people that bid on items but don’t receive anything in return. There’s a word for putting money on something and then receiving nothing for it if you don’t win: gambling.

Here is a rundown on the different auction sites that are causing a stir out there. Just remember that while each of them may seem to be different, they all stick to the same basic strategy. There will be little things here and there that are different, but for the most part you’ll notice that the core concept is the same. 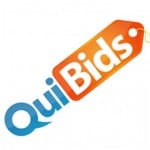 QuiBids Recap
Quibids charges 60 cents per bid. They are one of the most popular penny auctions sites out there. It’s strange that they’re so popular because they leave a lot to be desired. They say they are redefining shopping, and that all of their items ship fast. They distance themselves from eBay by saying that all of their products are guaranteed to be new. But everyone knows that eBay is the place to sell old as well as new things.

This is an example of a very convincing and very well-run penny auction site. It’s got all the bells and whistles, but just like Las Vegas this is a website built on losers.

See our full review of QuiBids 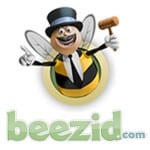 Beezid Recap
Be careful with this one, because just like a drug dealer will give you the first one to get you hooked, they give you free bids in an attempt to get you caught up in their website. At the end of the day they know you’ll burn through your bids and be ready to buy some more. It’s the same tactic used by online gambling sites that give you free chips to play with. And in the end, Beezid is always going to win.

You can try signing up and getting your free bids. Try it out so you can see how this stuff works. Then hightail it out of there so you don’t lose any money.

See our full review of Beezid 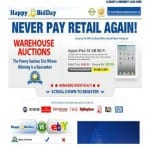 Happy BidDay Recap
Happy BidDay tries to establish itself as the answer to all of the things that are wrong with penny auctions, but when you get down to brass tacks it’s the same exact system as every other site out there. They’ve got all of the pictures of people that have won stuff. It’s the same way a casino is able to point to the lucky winners that hit the jackpot. People do win, that’s not being questioned.

The questions is how many people are losing so that one person can win? If these sites wanted to play fair they would show what the bid to win ratio is for everyone sitewide. It’s not going to be a positive number, but it would be akin to fast food places putting their calories right on the menu. 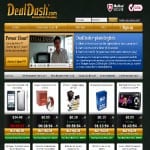 DealDash Recap
The problem with buying bids is made very apparent with DealDash. Bids become worthless very fast. As soon as someone bids after you, you’ve essentially wasted 60 cents. It might not seem like much, but do that 10 times and that’s $6. Still might not seem like much, a value meal at a fast food chain. The scary thing is you can do it 100 times in short order and now you’re out $60.

And do you stop? Heck no! Now you’re invested and you’ve got to win or it will be like you wasted all that money for nothing. And that’s the trap you get in.

See our full review of DealDash 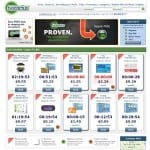 BidCactus Recap
BidCactus is one of only a few sites out there that are accredited by the BBB. That may seem impressive, but nobody is claiming that they’re not playing by the rules. What we’re saying is that the rules suck. However, if you’re thinking about trying this penny auction stuff, they’d be a pretty good choice to go with. You stand the lowest chance of being gamed out of your money with them.

Are you guaranteed to get a deal by signing on and potentially buying bids? No. But if you’re just doing it for fun and not taking it too seriously, this is as good a place as any to goof around.

See our full review of BidCactus

It can be fun and somewhat addicting to bid on items and see what happens. But you should never mistake this for shopping, or a way to get products for a low price. You should also not consider it an auction. It’s a game that involves spending money, and nothing more. If you were at a carnival you would see it next to a ring toss game and someone would be calling out to you to get you to play.

The problem arises when a person get fixated on a good, and the thought of getting it for a bargain. They get pitted against someone else with the same idea, and before anyone realizes it they’ve just bid each other up to silly amounts. Only one person can win it, and there’s nothing stopping someone from coming up and putting their first bid on it after two other people have bid dozens of time.

Shady Business Potential
The potential for a crooked business is far too high here. It would be dumb simple to make a program that automatically placed bids in order to get an item up past the breakeven point for the site. And all you would need to do is give some items away at very low cost, as a way to get it into people’s heads that products do go for insane prices. It’s the same way casinos rig slot machines to pay off just enough to keep the person engaged. Only at a casino you know where you stand, you know the house always wins. But some people think penny auction sites are neutral.

The thing to remember is that by buying a pack of bids, you aren’t guaranteed to get an item. You could easily burn through your bids and be back to buy more. Repeat this several times and you might end up winning something. Then you have to buy it for whatever price you “won” it for, plus pay shipping, and the whole time you’re not supposed to notice that you’re bidding on the opportunity to go shopping. Why not just go shopping?

Only in our consumer driven society would a set up like this work. People get so worked about the latest iPhone and iPad that they will do just about anything to get one, short of paying full price for it from the Apple store. We like to shop, but we like getting a deal even more. The only problem is that in most instances this isn’t a deal, and even the people that win might not have won anything of value. And they will have often spent quite a bit on bids before they successful earn the chance to buy something.

So Many Profit Streams – For Them!
The owners of penny auction sites make money hand over fist. Imagine selling something that has absolutely no value, is created out of thin air, and is something you can make as much of as you need instantly. That’s what bids are. All a bid is is a digit in your account that you trade real money for. That’s the first way a site owner makes money. Then they’ve got the auctions themselves. Even though people might be thinking they’re getting a deal because they’re getting a product for less than the retails price, the site owner is still making money.

The markup on electronics and other goods is so high that they can sell it for what appears to be a deep discount, but it is still over the wholesale price. Toss in few more dollars in profit from an inflated shipping charge, and it almost doesn’t seem fair.

Hedging Your Bets
If you want name brand products at low prices, save up your money and then find them online at discount retailers. The deals are out there, you just have to find them. It’s getting easier and easier to find them, maybe not for the newest of the new, but products that are only a few months old often go for discounted prices if you keep your eyes open. It’s a much better use of your time, and won’t make you feel like an idiot after you “win” an auction at a penny auction site.

Time is Money
You’ve heard the expression that time is money. Well the opposite is also true. The real reason most of us want money is because of the time it could give us. If you win the lottery you probably wouldn’t work any more, at least not at your job. So what’s really at stake here is not the money that you could potentially save on a Wii, but the time that you’re wasting trying to win it. If you put that time to better use, either by working at your job or on your own business, you could create the money to buy the things you want.

So you’re not just spending money on the bids, but you’re also putting up bits of your life in the form of the time you’re spending on it. If you’re just having fun with it, that’s a whole other story, but a lot of people take this seriously, as if they’re getting one over on the penny auction site. Trust that no one is getting taken advantage of, and they’re well aware of how much each product is being sold for. They always win, every time. Never think you’re pulling off a caper, because you don’t feel like that with casino winnings. You know that you got lucky if you walk out of them with anything left over.

Our recommendation is to steer clear of penny auctions. They may be fun, but they’re the most fun for the site owners. They get paid every which way, from people buying bids, and from people winning auctions. Each penny auction site is laughing all the way to the bank and leaving a trail of disappointed bid buyers in their wake.