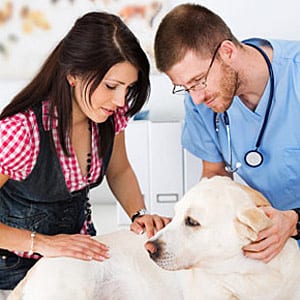 Maybe you’re just now considering pet insurance for your furry friend, or maybe you’re looking to switch out policies for something better. Navigating the waters can be mind-numbingly boring, because each policy is really pretty much the same, but with little differences here and there that can be confusing. We’ve attempted to help you sort it all out and come up with the right choice.

Do Pets Need Insurance?
The question of whether or not pets need insurance is debatable, and will really come down to whether you think it makes sense or not. Because they have shorter life spans, all of their life experiences happen on a condensed timeline. They are puppies or kittens for a short time, but quickly grow. They’re in their prime for a relatively short time, and then they start to show the signs of aging and get less playful.

That’s why it’s important to keep them healthy and happy the whole time, with regular vet visits to keep them at their best. But that can get expensive, especially as the problems start happening with more frequency. This is why many owners are opting for insurance as a relatively inexpensive way to have peace of mind about their pet’s well-being.

Choosing the Best Provider
Going with the right pet insurance provider is important, because it can make a big difference in the amount you’ll have to pay as a deductible, how much your copay will be, and how fast you get reimbursed for covered expenses. It can also determine how many hoops you’ll have to jump through to file a claim, and the likelihood of your claim being accepted or denied.

We’ve examined some of the nation’s leading pet insurance providers and sized them up against each other to see which one makes the most sense for most owners. Of course, each situation is different, so you will want to enter your pet’s details on each provider’s webpage to see what the numbers look like for your specific breed and age, and use our guide as a starting point. 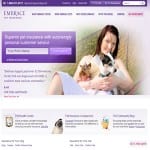 Embrace Pet Insurance Recap
Embrace is not the longest-running pet insurance provider, but they’re making great strides in the industry and are really setting the standard for the competition. They make it very easy to get pretty accurate quotes for your pet. This let’s you get an idea of what it would be like to be covered, and what exactly will be covered once you’re enrolled.

We recommend giving them a close look. Enter your pet’s details on their homepage so you can get more details. But first see our in-depth review and how we came up with our assessment.

Go to our full review on Embrace Pet Insurance 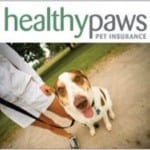 Healthy Paws Recap
Healthy Paws is playing the pricing game with the competition, trying to compete with low rates, while still providing the same sort of coverage as the larger insurance providers. The one worry that always comes up with low-priced insurance is whether the company will have enough money to pay claims and still turn a profit.

They seem to be doing alright so far, with many actual users saying that they didn’t have a problem receiving their reimbursement. They definitely deserve a closer look, so get the details on your cat or dog’s breed, age, and other determining factors.

Go to our full review on Healthy Paws 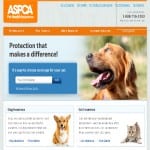 ASPCA Pet Insurance Recap
It’s important to realize that the ASPCA is not providing this insurance, they are just licensing their name in an attempt to build credibility for the underwriting insurance company. Our initial thought was that they would have done their homework and only given naming rights to a reputable and reliable provider, but feedback suggests otherwise.

It was our final verdict to pass on pet insurance from ASPCA and go with one of the better-reviewed competitors. But still consider donating to the ASPCA because they are doing good things for animals every day.

Go to our full review on ASPCA Pet Insurance 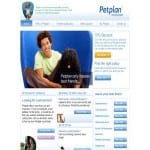 PetPlan Recap
From what we could determine, PetPlan is getting moderate reviews, which shouldn’t be an automatic dismissal. You can find negative and positive reviews for each of the providers listed on this page if you look hard enough. What you’re really trying to see is if the overall consensus sways one way or the other.

This would make it a good backup plan if one of the other services doesn’t suit you. You’re never under any obligation to stay on with an insurer so never settle for less than being truly happy with your coverage and the level of customer service you provide.

Go to our full review on PetPlan 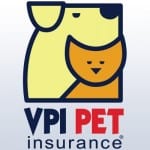 VPI Pet Insurance Recap
VPI is the granddaddy of providers, but only because they’re the oldest. They say that they invented the idea of pet insurance, but really they did issue the first policy on a pet, TV’s Lassie, and that was as recently as 1982, so pet insurance as a whole is a relatively new concept. They do offer competitive rates and nice features.

One of the more helpful things they provide is a comparison chart between the different providers. Of course it’s slanted towards why you should go with VPI, but it’s honest enough to show lower rates when they apply.

Go to our full review on VPI Pet Insurance

Preexisting Conditions
No matter which policy you go with you will have to be aware that there will be preexisting condition clause which states that anything your pet had before being covered cannot be claimed. They determine this by having your pet checked out by a vet before beginning the coverage. Some providers are more lenient than others when it comes to what they will cover. You want to read this part carefully, as many owners end up frustrated because the condition they were getting insurance for didn’t qualify.

Determining Your Coverage Needs
The way to keep your monthly premiums down is to figure out how much insurance you really need. You don’t want to pay more than you have to for things that are not likely to happen, but you also don’t want to get skimpy coverage that doesn’t include things that are more of a probability. You can adjust things like what your deduction is so that you can get your monthly payments down. Or you can adjust what percentage you’ll be reimbursed. Most providers make it easy to set things at just the right levels so you’re comfortable with your payment size.

Throwing Money Out the Window?
You may get the feeling that you are wasting your money each month that you pay your premium but don’t have an incident. But this is not the purpose of insurance. The point is that you make regular, small payments so that you don’t have to worry about the big lump sum payments that will be due if a big problem occurs. The thought of staring down a vet bill of thousands of dollars is often thought of as worse than paying a smaller amount each month, even if you don’t end up using it – which is a good thing remember.

Is Pet Insurance Worth It?
Your pet isn’t going to live forever, no matter what you do, so some pose the question of whether it’s even worth it. For as lovable as they are, and as much care and attention as you give them, you might not like the idea of saying goodbye, but one day you’ll probably have to. The argument is whether it’s worth spending all that money for something that you’ll eventually be unable to prevent, no matter how many times you take them in to the vet. The other side of the argument is that insurance offers a way to offset, or take care of the majority of major vet expenses you would end up paying out of pocket.

Watch Out for Breed Exclusions
You have to be careful when it comes down to specific conditions your dog may be more susceptible to because of their breed. A lot of insurance providers will put exclusions in their clauses because they know there is a greater chance of your pet experiencing major problems like diabetes or hip dysplasia because of their genetics. It’s sort of a Catch-22 because the very reason you may be getting insurance in the first place, won’t be covered if you file a claim.

Pet Insurance for Multiple Pets
You should definitely inquire about a second or third pet because almost every provider offers discounts if you enroll multiple pets at the same time. This can be a good way to save money if you were going to insure them both anyway, but be sure to weigh the pros and cons of those additional pets and decide if you really need it for all of them. It’s not a good idea just to get it in order to save money, because nothing is cheaper than not getting it at all.

Does Pet Insurance Cover Spaying and Neutering?
One of the most commonly asked questions about pet insurance is whether it covers having your pet spayed or neutered. Some do, and some don’t. It’s usually mentioned under preventative care, so look for a section that talks about that, and then see if those procedures are covered. In our opinion it should be covered, as this is a basic operation and the insurance providers should do their part in helping to control the pet population. But many policies only cover accidents, illnesses, and injury, since there is an element of chance and no guarantee they will need to use it.

Exotic Pet Insurance
Most of the big names only cover cats and dogs. Some people have pets that aren’t so status quo, like snakes, spiders, ferrets, lizards, iguanas, turtles, and even illegal animals that are sold on the black market. Getting these types of pets is tricky business, namely because there are no reliable actuarial tables to determine how much to charge. Nor are there enough people with these sort of pets to be able to run a viable insurance business with. To make a profit they have to have plenty of members paying monthly premiums so they can pay claims and have some left over.

Some families simply come to terms with the idea that they will someday have to choose between their pet and paying their bills, and decide that when the time comes they’ll just have to make the difficult choice. Others want their pet to be around as long as possible and don’t want their pet to become a financial burden that forces them to make that kind of decision. If you can’t bear the thought of saying goodbye to your pet before all measures have been taken to keep them around, you’re best off getting pet insurance for peace of mind.