Once you learn how to pronounce Boiron Oscillococcinum you may be telling all your friends about it as it is being touted as an amazing resource for fighting flu like symptoms. It is that time of year where the coughs, colds and flu are going to rear their ugly heads, so you need some fight back power.

Overview
Boiron Oscillococcinum is a natural based product that when taken as soon as you detect flu like symptoms it helps to reduce the duration of the horrid feelings that the flu causes. It is being touted as a best seller on Amazon and it has impressed over 832 people who have given it a five star rating.

The Claim
The promoters claim that it helps to fight fatigue, the flu like aches and pains,chills and fever. They are saying that it works with the body’s natural ability to fight these symptoms.

The Hype
There are a couple of things that the hype for Boiron Oscillococcinum focuses on. One is that it can be used for kids as well from the ages of two and up. They are concentrating on the fact that their product helps to reduce the severity and longevity of the flu like symptoms.

The Cost
Depending on which size of the Boiron Oscillococcinum that you purchase you could be paying as little as $19.20.

The Commitment
First you are going to have to immediately recognize the flu symptoms so you can take the Boiron Oscillococcinum as quickly as possible. You need to know that it is the flu that you are fighting for sure and that the symptoms are not related to some other type of illness.

Evaluation
Once of the things that we like about Boiron Oscillococcinum is that they are saying that it is non drowsy and there are no drug interactions. It is also easy to take.

We are going to give Boiron Oscillococcinum a Try/Buy Rating. This may surprise you because of the raves it has received on the feedback. We looked at it further though and haven’t found anything supportive in regards to its working. Yes, most people report that they feel better after taking it, but the skeptics are saying that chances are you would anyways because different flu’s act in different ways. Some stick around longer than others, and others are more potent in their ill effects. So basically the skeptics are saying that products like Boiron Oscillococcinum are merely a placebo.

Our Recommendation
You really are going to have to decide on whether you want to have Boiron Oscillococcinum on hand in case the flu does strike. You might not be too impressed when you learn what the ingredients are as they are not very appealing, but there is so very little of them in the product that many say it consists of no more than sugar and water. Yet it is a very well received form of flu symptom treatment in France. Basically it is not being classed as a medication. We have talked about Tamiflu which is also another well known flu symptom reliever so you may want to check it out

What do you think? Does Boiron Oscillococcinum work or not? 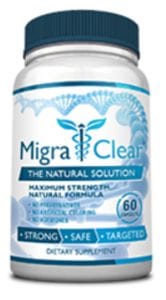