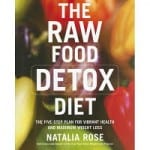 Alternative health practitioners will have you believe that detox is a way to rid the body of harmful toxins and make you feel better. While this may sound good to you and a state of well-being is what we’re all after, does it actually work, or is it just another claim in a long line of claims made by the industry?

Overview
Detoxing has been around for a long time, and there is even evidence that early civilizations practiced it. Anything that involves the body cleansing itself and ridding itself of impurities can be considered detox, including eating lots of fruits and veggies, or fasting altogether. Usually it involves the digestive system in some way, but it can also include the sweat glands, ear candling, and herbal remedies that suck toxins out of the feet.

The Claim
Supporters of detox programs claim that it can help you with a laundry list of symptoms including headaches, fatique, stress, low energy, cancer, diabetes, and almost anything else under the sun. Depending on who you ask or which site you’re on, the claims will vary but will usually be pretty all-encompassing.

The Hype
The hype isn’t really here because there isn’t one company or spokesperson behind it. What is there is the overall battle between modern medicine and alternative medicine. Alternative medicine usually points a finger at the very toxic world we live in, and they point out that it’s only getting more and more toxic as we go along.

For example, multinational corporations are putting worse and worse things into our food and drinks, as well as polluting the environment more and more, and out lives are getting more and more stressful. This preys on people’s feelings and drives them to try and do something to combat the negative effects of the world we live in.

The Cost
Detox programs range in cost from a few dollars for pills or other supplements, to thousands of dollars for multi-day spa treatments at exotic resorts.

The Commitment
Your commitment level to a detox program will depend on how far you want to go down the rabbit whole. If you’re just a casual observer that wants to try it out, you could

Evaluation
There’s a whole host of methods that can be used to detox the body, from colon cleansing to sweating it out in the sauna, to juice fasting, basically anything that helps the body purge itself of chemicals and toxins is considered fair game. Since there’s no one regulating organization in the world of alternative medicine, it’s hard to say what is and isn’t considered detox. Anything that mentions the world cleanse is likely part of the detox umbrella.

Although there’s little evidence to support that the methods of detoxing the body work, there’s also little evidence that they don’t make you feel better. Since there’s not much risk in a detox program you should try it out and see if it makes you feel better. Feeling good is the key to much of life and if it makes you feel good and give you a sense of improved health and vigor, by all means go for it. It doesn’t matter if 100 people say it didn’t work for them, if it works for you that’s all that matters.

Our Recommendation
It’s always best to take a level-headed approach to every situation. The problem that arises is thinking that a detox program is going to erase years and years of accumulation from a poor diet or lifestyle. If you’re concerned about your health, take a long-term approach to getting better. Stop looking for a magic bullet that will solve all of your perceived problems. Consult with your doctor about your main concerns, and come up with a program that you can believe in and that you know you will follow.

One way that’s better than detox is to stop intoxicating yourself in the first place. It doesn’t make sense to go through a detox program and then hit the fast food the next day or week after. This is just a vicious cycle and rather senseless. If you stop the intake of harmful substance like tobacco, heavily processed foods, and alcohol, the body is designed to repair itself on its own and no further help from you in the form of detox methods is needed. Just give your body time to heal the damage, and make healthier choices going forward.

You didn’t get to where you are overnight, and you shouldn’t expect a miracle cure that will make it all better. Just start taking baby steps towards a new, healthier you, and you’ll get there eventually.

What Do You Think? Does Detox Really Work?

← Previous Does Kettleworx Really Work?
⚅ back to blog
Next →Does an hCG Diet Really Work?