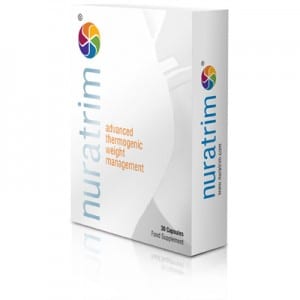 Nuratrim is your basic weight loss pill, with claims being made that it can speed up your metabolism while also stifling your appetite. Excuse us for stifling a yawn, but that is basically the same claim as every single other diet pill being marketed on the planet. The only thing mildly remarkable about this product is the fact that it uses an ingredient that the FTC is closely monitoring and investigating certain companies that promote it. So is it something you should get involved in, or is it best to avoid it entirely?

Overview
Diet pills are nothing new, but there’s always a new one hitting the market with some purportedly newfound way to trick your body into losing weight. It seems that there is no limit to the number of attempts people make to try to lose weight by popping a pill. It’s understandable why people would want to resort to something like this in order to get the body they want, because it is no easy task losing weight the old-fashioned way through diet and exercise alone.

The world that we live in makes it really hard to maintain a healthy lifestyle. When you are trying to eat right it seems that food is tempting you from every angle. In a world of fast food, junk food, energy drinks, ice cream, and everything else you want to avoid while assuming a healthy lifestyle, it can be hard to put the blinders on and stay true to your goal. Sometimes it helps to get a little assistance in staying true to your diet, and avoiding cravings.

The Claim
Nuratrim says that losing weight has never been easier, and that you can burn fat and lower your cholesterol with their product. They say it works by increasing your metabolism, while at the same time reducing your appetite. They also claim that you’ll have increased energy from taking their pills, which should also help you lose weight because you’ll end up being more active.

They claim that the product also includes extracts from green coffee, red peppers, and licorice. This is in addition to glucomannan which we discuss below. There’s really no reason to believe that a mix of the different ingredients would create some synergistic weight-loss effect. Just about any food on the planet gets its moment in the sun as a fat cure, as long as you add the word extract to it, it sounds like it’s more effective.

The Hype
Anything that promises you the results you always wanted with no effort on your part will produce some instant hype. Nowhere in any of their promotions could we find them advocating a healthy diet and regular exercise in addition to taking their pills, which is something that any reasonable manufacturer should suggest to their customers.

The Cost
Nuratrim is sold by a company from the UK, so they quote their prices in British Pounds, and you have to pay extra for shipping, and wait an extra long time to receive it. At the time of this writing, they have a two-month supply going for 60 quid, which comes to about $94. But don’t forget the 10 pound shipping costs which puts you at about $110 altogether, or $55 a month.

The Commitment
The key to most every weight loss pill out there is almost zero commitment from you. Many of them say that you don’t have to watch what you eat or get any exercise because they do the work for you.

Evaluation
Nuratrim says they use an ingredient called glucomannan, which is soluble fiber. A lot of these diet pills use fiber in order to add bulk to your digestive system, which makes you feel fuller, causing you to eat less. When you eat less food you end up without that sluggish feeling that comes with overheating, which could be interpreted as more energy.

It is interesting to note that the FTC has cracked down on companies making exaggerated claims about the use of glucomannan as a weight-loss aid. This could be one reason why the company behind Nuratrim has decided to do business from England. This allows them to circumvent any repercussions from making their claims, because the Federal Trade Commission is a United States entity.

Nuratrim doesn’t really bring enough to the table for us to endorse it as a viable weight loss solution. A lot of concerns are brought up because of what is inside of it, and what sort of claims they are making. American companies have had to paid over a million dollars in fines because they made claims in regards to how well glucomannan works as a weight-loss supplement. It only leads us to believe that if this company was based in the United States they wouldn’t be making the same claims.

Our Recommendation
Even though it doesn’t sound fun, improving your diet and getting regular exercise is the only time-tested way to lose the weight that you want. If you’re bent on taking a diet pill, at least use it to supplement your own weight loss efforts rather than being a cure-all. This way, you can wean yourself off of the pill, and have some healthy habits remain in place. If you do go with a weight loss pill, we don’t recommend Nuratrim, and invite you to our Diet Pill Review page to peruse your different options.

What do you think? Does Nuratrim work or not?

← Previous Does LASIK Eye Surgery Work?
⚅ back to blog
Next →Does Stem Cell Therapy Cream Really Work on Wrinkles?