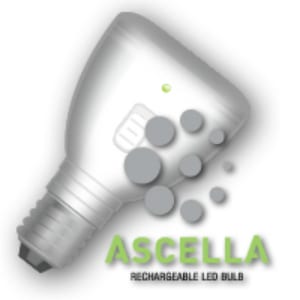 The Ascella Light Bulb is designed so that it charges during normal conditions, but if the power goes out it stays lit up on its own charge. This would pretty much eliminate the need to go searching for a flashlight when the power goes out, and it is even supposed to be able to double as a flashlight. But how well does it really work?

Overview
There are hundreds of products that are all gearing to be your go-to in the event of a power outage. There are lamps, lanterns, and LED lights that all want to be the light you choose when there’s no power. This is definitely a time when you might start to panic if you don’t have a light, and it’s usually the case that you have to stumble to find a flashlight, and in many instances the batteries are drained, or you can only use it for a few minutes before it dies.

The Hype
The hype involved in this is that it’s being touted as the light bulb of the future. This is a pretty big claim, but we’re seeing more and more products that seem to be the way that we’ll have things in the future. After all, there has to be some sort of changes as we go along and companies are always trying to come out with the next big thing. A light bulb might not be an earth changing improvement, but it’s something that can provide some immediate benefits, and makes more sense than a traditional bulb, both financially and in an emergency.

The Cost
An Ascella light bulb is $45 which includes shipping to your door. The cost is a light higher than a normal light bulb, but they are making their case by giving it the functionality of being used when there’s no power, and also as a flashlight. They make their strongest economical case by saying that it only costs 60 cents a year to use, and that you won’t have to replace it for nearly 20 years. This makes it a good choice for hard to reach light bulbs that you don’t want to change very often.

The Commitment
All that’s really required on your part is to replace your traditional light bulbs with these. In the event of a blackout you can either opt to do nothing and carry on business as usual if you already had your lights on, or just turn the light on and they’re ready to go. It might take a little bit of effort to remove the bulb from the lamp to use it as a flashlight, but at least you won’t have to do it in the dark.

Evaluation
The Ascella light bulb would be a good invention if it just stayed lit when the power goes out, but they’ve done one better and made it so you can also use it as a flashlight if you need to. Since it stays lit up there’s no fumbling for a flashlight, and there’s no wondering if the batteries are still good. The first time the power goes out with these in place, and you can continue reading or relaxing in your living room while the rest of the neighborhood goes dark, you’ll be glad you have them.

This is getting good reviews from individuals, as well as being endorsed as a good piece of survival gear. You might also consider using it because of its low cost of use per year. They claim that it only uses 60 cents per year, so that’s better than replacing multiple standard bulbs. It may be a bit expensive on the front end, but since you don’t have to worry about it once it’s in place it makes it a good puchase.

We’re giving the Ascella light bulb our Thumbs Up rating based on how many positive reviews it’s gotten, and the way it solves multiple problems with one invention. Putting a flashlight into a light bulb was pretty smart, but giving it the technology to tell the difference between being turned off and having a power outage puts it over the top. We don’t see many people regretting that they made this purchase, and the set it and forget it nature of this makes it very attractive.

Our Recommendation
It wouldn’t be a bad idea to replace a few strategic light bulbs with these. If you live in an area that’s prone to temporary blackouts, these would be a good addition to your home. But you might also want to consider an emergency lantern that will keep lasting, because these only hold their charge for three hours, so if the outage lasts longer than that you’ll be out of luck. With the right lamp you can keep enjoying the light for hours and hours without worrying if it will go out.

What do you think? Does the Ascella Light Bulb work or not?

← Previous Does 5iphon Really Work?
⚅ back to blog
Next →Does the Electrofoot Massager Really Work?

2 Customer Reviews on “Does the Ascella Light Bulb Really Work?”