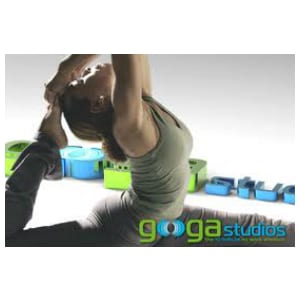 GOGA is a relatively new form of exercising that is winning fans and drawing skepticism at the same time. To watch someone do it makes you wonder if it could actually work, so we did some investigating to see the full story.

Overview
Exercise enthusiasts and couch potatoes alike are always on the lookout for the next big thing in working out, and it seems there is no shortage of programs and methods that make the process as easy as possible. The easier the workout is supposed to be, the better, and this one is enticing because it basically involves standing in one spot while a machine shakes you up. This jiggling effect is supposed to carry many benefits with it, depending on who you ask.

The Claim
Proponents of GOGA claim that it works by vibrating the cells of the body and putting the body off balance so it has to work to keep itself stabilized. They say it can help with issues of bone density, can help you sleep better at night, as well as make you stronger and more flexible. It’s hard to think that this simple activity could do all of that for your body, which is likely why so many people are wanting to try it out to see for themselves.

The Hype
Right now it’s running on the hype of those that swear by it, and it’s getting media attention because it looks so strange to the casual observer. There are success stories of those that have lost weight and gotten in shape, so this fuels others to try it and see how they respond to it.

The Cost
The cost of a GOGA session varies depending on which location you go to, but the prices are comparable to the kind of costs you see at health clubs and gyms across the country. Some have pay as you go programs, and others have monthly memberships.

The Commitment
Even though the exercises seem easier since you’re mostly just standing on the vibrating plate, you’ll still have to take the time to show up and get on the plate and get moving. The reason this seems so appealing at first is that it’s not like other exercise regimens where you have to exert yourself past your limits. It’s a very contained workout that has you standing in place most of the time.

Evaluation
GOGA stands for Get On, Get Active, and it involves simply standing on a vibration plate. You can also enhance the workout by holding weight in your hands and performing different motions, all while on the platform. It’s claimed to be able to help with your circulation, getting your lymphatic system moving, releasing toxins, and more.

Regardless of how much you buy into all of the claims that are made, if you’ve ever spent time on a vibration plate, you know that it does something to your body. The sessions they recommend have you on the machine for varying amounts of time, and they can alter the vibration setting so that you are working out the body in different ways.

Critics say that the research used to support GOGA is inconclusive because it was paired with a change in diet, and that therefore no proof that it was the vibration that was causing the weight loss, and not the healthier eating. We were unable to find proof on all of the other claims, including those made about the lymphatic system, any effect on the toxicity levels of the body, or improvements in circulation.

But sometimes it matters more what those that try it say about the way they feel and about the way it’s helping them lose weight. Only years later does the research get done to prove that they were right all along.

GOGA seems like it is worth a try to see how your body responds to it. Whether or not the claims made about it working on a cellular level are true or not, if it gets you up and moving when otherwise you’d be sedentary, it’s going to provide results. Consulting with a trainer that has helped other reach success with it is your best bet, rather than going in blindly and just playing around with it. You’d have to take it seriously and commit to going regularly for at least a month to see whether it is having an effect on you.

Our Recommendation
In your quest to lose weight and get fit, you’ll probably discover that it isn’t just one program that becomes your savior, but a mix of different activities that you keep up with for a long duration. It’s also important to decide on an eating philosophy that works for you, so you aren’t susceptible to unhealthy eating practices and fad diets. The combination of these two means that you will see a gradual decline in your weight if you’re overweight, coming to a rest at your naturally ideal weight.

What do you think? Does GOGA work or not?

← Previous Does Fix-a-Flat Really Work?
⚅ back to blog
Next →Does Elevate GF Really Work?