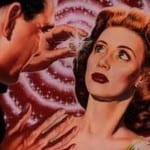 If you’ve ever considered hypnotherapy for things like weight loss, smoking cessation, or any other bad habit, you’ve probably wondered if it works or not. It seems like it would be perfect, walk into a hypnotist’s office and a few minutes later walk out with your problem solved. So does it work, or is this just the sort of lazy quick fix that keeps them in business, even with no results?

Overview
Hypnotism has been around for a long time. Maybe not as long as some other forms of alternative therapies, but it seems to date back to the 1800’s. It involves allowing yourself to be lulled into a relaxed state, and then having a trained hypnotist give your unconscious mind directions so that you will follow them without even thinking about it.

Perhaps you’ve seen a professional hypnotist work with a crowd and put supposed strangers into a hypnotic trance, giving them outlandish suggestions so that they act in very unusual ways. The thought is that if you can override the conscious mind, you can get a person to do almost anything, and they won’t even know why they’re doing it.

The Claim
The underlying claim made by those that support hypnotherapy is that by giving a directive to your unconscious brain to stop doing a bad habit, such as overeating, or smoking, that you’ll naturally be able to stop yourself, and better yet, you won’t even remember that you once overate or smoked.

The Cost
The cost of hypnotherapy will vary by the hypnotist. In this regard you must be careful. Just because a person charges more for their services does not make them more effective. Likewise, just because a hypnotist doesn’t charge very much, doesn’t mean that they aren’t any good.

You can also save some money by attending a group session, although this might not be as effective. Some ads on the radio have stated that you can attend a stop smoking hypnotism seminar and walk away smoke free.

You don’t want to bargain shop on this one, so be sure to find a therapist with a lot of testimonials that look legitimate and see if you can talk with someone that has actually gone through with it.

The Commitment
You have to keep an open mind if you want hypnotism to work for you. If you don’t think that it’s going to work, or you go in with a closed off attitude, then it will be a self-fulfilling prophecy, and it won’t work for you. A hypnotist can only work with someone that is willing to let themselves go, and they won’t be able to get through your conscious mind if you’re resisting the process or bring a negative energy.

If you have the right mindset and the procedure works for you, you’ll have to determine how many sessions you need in order to have full control of your situation. This is something that you’ll want to discuss with the hypnotist, and you shouldn’t feel like you are being conned into more sessions. Often times the commands need to be planted repeatedly before they take hold. You took years to train your brain to the negative behavior, so it might take longer than an afternoon to undo the damage.

Evaluation
There are mixed feelings when it comes to hypnotism. Some swear by it and others write it off as psycho mumbo jumbo. It’s really up to the individual and whether they believe it will work and whether they are putting themselves into a state where they can have these commands impressed into them.

You should have a first hand experience for yourself before you judge something, as it’s the only way to no without a doubt if something works in your particular case and for your particular problem.

Our Recommendation
Give it a try! You don’t have much to lose, if it doesn’t work you’ll still have your problem, but if it does work you won’t have to worry about it any more and you’ll be able to get on with your life.

What do you think? Does hypnotherapy work or not?

← Previous Does ClearPores Really Work?
⚅ back to blog
Next →Does The Secret Really Work?