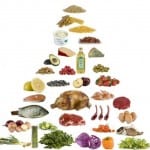 The low carb diet fad has seemed to have slowed down in recent years. Personal appearance means so much in today’s society, and the number of people who are overweight are quickly beginning to outnumber those who remain at a healthy weight. As a result, many look to a variety of diet plan options to help loos the weight, and low carb is one way to go.

What is a Low Carb Diet?
Carbohydrates have been associated with a lot of mid-body fat, and in today’s world, that type of weight is generally frowned upon.  In the 90s, the new wave of losing this type of weight spread throughout the country, the fame originating from a single doctor and his book, Dr. Atkins New Diet Revolution.  The basic premise behind this type of diet is that you drastically decrease your carb intake and replace it with something high in protein or even fat.

Ultimately, this type of diet is directed towards people experiencing obesity and is not generally recommended to those suffering from being only mildly overweight.  Likewise, as with any diet program, consistent amount of exercise and other healthy activities is highly recommended.

How Does It Work?
According to research, obesity is oftentimes caused by a condition known as hyperinsulinemia.  As suggested by the name, this condition refers to very high levels of insulin being produce in the body.  Carbohydrates are said to stimulate the pancreas in to creating more insulin, which as a result lead to higher blood sugar and ultimately, a higher amount of fat deposit building up in the body.

The idea behind a low carb diet is to supposedly halt the overproduction of insulin, thereby preventing the continuous add-on of fat to the body.  After there are no more carbohydrates to use inside the body, it is supposed to begin a chain reaction leading to fat being burned during a state that the body enters called ketosis.

A no carb diet is another form of this diet, which is supposed to speed your body to the state of ketosis, and keeping it there longer and thereby burning more fat.  This style of diet is generally only used with those experiencing dangerous amounts of obesity, and is generally only undergone if it is recommended directly by a doctor.

While there is a lot of positive media surrounding the low carb diet, there are, as always, questions pulled in to play.  Many doctors seem to condemn the idea of this diet because carbohydrates are the best source of natural energy within the human body.  While they do create high amounts of blood sugar, they do also promote the production of insulin and therefore fat.  The idea, though, is that instead of burning fat, the carbs themselves are burnt.

What are the Results?
As always, there are varying results and concerns when it comes to the low carb diet.  While there do seem to be some proven positive effects on those suffering from obesity, this weight loss plan seems to be limited in some ways.  The theoretical results seem scientifically accurate, however the real world results tend to vary depending on strictness to the diet, as well as a regimented exercise routine.

The no carb diet seems to also improve fat burning for those experiencing a more morbid obesity, however the lack of natural energy also seems to have an effect that can reduce the capacity to exercise routinely.

Proponents of the low carb diet insist that the proper intake of proteins and certain types of fat is a sufficient supplement to producing healthy amounts of blood sugar, though there is differing scientific evidence concerning that claim.

What Do You Think? Does a Low Carb Diet Really Work?

← Previous Does Colon Cleansing Really Work?
⚅ back to blog
Next →Do DHT Blockers Really Work?

2 Customer Reviews on “Does a Low Carb Diet Really Work?”