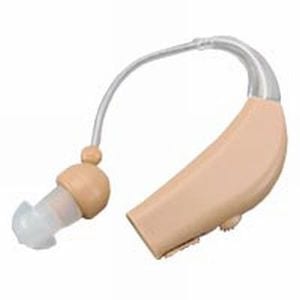 MSA 30X is presented as being a lightweight sound amplifier that can increase sound 30 times over. This is said to make it a desirable product to those that have trouble hearing in certain situations, and a possible alternative to more expensive hearing aids. But does it work well enough to be a suitable substitute?

The Claim
The makers of the MSA 30X say that even though it’s a bit bigger than some hearing aids, it still is very light and is about as light as smaller units. They also say that it can be worn on either ear, so whichever ear is giving you problems you can use it on that one. They say it’s very discrete, so you won’t have to worry about people automatically noticing that you have a hearing aid. This will likely be most attractive to baby boomers, as their hearing is declining as a demographic.

The Hype
Any product that deals with the senses is going to come with its share of hype because it is easy to trump up just how great a sensory experience will be, and everyone can use their imagination to fill in how a product might work once they get it home. But since this is a subjective experience there will always be a gap between how you expect the product to work, and how it actually works. It’s best to keep reasonable expectations and then be happily surprised rather than set your expectations too high and be disappointed.

The Cost
The total cost will be $46 and you’ll end up getting two units. This is not the worst pricing structure we’ve seen, since you’ll be able to take them up on their 30 day guarantee and you’ll only be out the $16 in shipping. Many products sold in this fashion end up costing more to ship than for the actual product, so you end up taking on more of the risk than the company does. Here they’re splitting it up pretty good and they still have a vested interest in you wanting to keep it so they can keep their extra $30.

The Commitment
All that’s really required of you once this arrives is to put it on and make the adjustments until it’s fitting correctly and working for you. After some time you should be able to wear it and not even know you have it on, with the same phenomenon of forgetting that your sunglasses are on top of your head.

Evaluation
The first thing we wanted to find out about the MSA 30X is whether or not the sound quality remained stable when it is amplified at higher levels. Coincidentally that is one of the bigger complaints with the device, that it produces static and the sound is not as clear and crisp as you’d expect it to be, and as you’d need it to be if you plan on using it to be able to hear smaller and muffled sounds. Some have said that it does work great in certain situations, like when you’re at home and it’s mostly quiet and you’re just trying to hear the TV better without turning the volume way up. If you’re thinking of trying it for that you might be happy with your purchase.

But as far as picking up distinct sounds in crowded room, or helping you to hear your conversation partner when there are a lot of other sounds going on, you’re likely not going to want to use this because it is amplifying everything else as well. Also, we’d like to see this set up a bit better so that you get more of your money back in case you’re not happy with it. With this pricing structure the company is making $16 less actual shipping charges no matter what happens, and that is enough to keep them in the black even if their product gets returned a majority of the time.

The MSA 30X is getting our Risky Try rating. The feedback coming in on it suggests that it might not have the quality you expect from a device that is meant to go in your ear. Keeping in mind that they are the ones that are comparing it to more expensive hearing aids, the end result is that those higher-end hearing aids do not have an inflated price, they’re actually built for the task and do a better job. What’s puzzling is that it doesn’t seem that it should be too hard to make a sound amplifier, with all of the technological advancements going on. But when you consider that the goal is to amplify the sound without distorting it and without static, it becomes a bit more difficult. Some companies have got it right, but the research and development that goes into it requires that the price be higher.

Our Recommendation
While the concept is great and we’d all like to be able to hear better for less, the quality here leaves something to be desired, and you may want to look for a better-reviewed alternative to hearing aids than this one. After an extensive search for similar products with better reviews, we were left empty-handed, and it seems that there isn’t a very good product out there that works the same as a hearing aid but comes at a smaller price. We will keep on looking in the meantime, and will post a review of any product that meets our criteria, as well as bringing you the duds so you can avoid them.

What do you think? Does MSA 30X work or not?

← Previous Does Ballet Body Really Work?
⚅ back to blog
Next →Does the Chillow Really Work?

3 Customer Reviews on “Does the MSA 30X Really Work?”