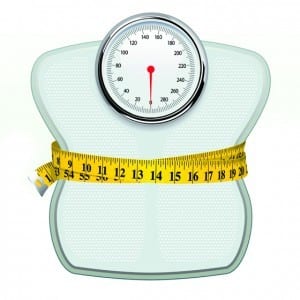 Qsymia is a prescription-strength diet pill that is being prescribed more and more by doctors across the country. Most people want to know if it really does work or not, but the bigger question we determined was whether it’s worth risking the side effects just to take it.

Overview
If you’ve dieted and exercised before and had little to no success with it, or have been yo-yo dieting for years, you’re probably looking for a way to lose the weight and keep it off. This is especially true if your doctor has told you that you need to lose weight in order to avoid certain medical complications.

The Claim
The makers of Qsymia claim that their product is FDA approved and has been shown to help some obese and overweight adults lose weight. This would help them get out of the danger zone of having a high BMI, which is an indication of being more susceptible to a host of illnesses and conditions. They also say that they don’t quite know why the drug works, which is a little off-putting when a manufacturer is producing and marketing a drug and can’t explain why it works.

The Hype
This drug is apparently becoming more popular, with several health practitioners advocating it, and recommending it to their patients that are overweight or obese.

The Cost
Most insurance plans don’t cover Qsymia so you’ll likely have to pay for it out of pocket. A 30 day supply will run you $140 at the lowest strength and up to $220 for the highest strength. Compared to other diet pills on the market that have shown to be effective, these are 3 to 5 times the price. The question then becomes are they 3 to 5 times more effective, since they’re definitely not any safer.

They do run specials and promotions on it, so if you really want to try it you should get a discounted price on it. For example they now have a starter special where you can get 2 weeks free, as well as a $75 one month deal.

The Commitment
The draw to any drug that promises weight loss is that you don’t have to do anything special besides take a pill. It’s weight loss in a bottle and it is the same sort of motivation behind every diet pill on the market, both prescription and those that are sold in stores.

Evaluation
Qsymia is the combination of two different drugs that are supposed to work in tandem to produce the desired effects. These are Phentermine and Topiramate ER, with Phentermine being the reason why it’s only available from a doctor. Apparently it’s too easy to become dependent on this drug, so they need to limit how easy it is to obtain it. Of course this has shown to be effective by enough test subjects so that it’s been cleared by the FDA, but that’s not the entire story behind this purple and yellow pill.

The Side Effects
The side effects of being overweight have long been established. Carrying extra poundage is a precursor to a host of diseases including diabetes, heart disease, and could also contribute to cancer. There’s plenty of reason to lose the weight, but there are also several side effects associated with Qsymia, so you have to ask yourself if it’s better to use this drug to lose the weight and then stop using it, or if it’s best to keep trying to lose the weight on your own with diet and exercise and get the best of both worlds, avoiding potential conditions, and sidestepping the side effects that could come with the drug.

The biggest fly in the ointment here is that Qsymia may lead to things like depression and sleeplessness. These are two conditions that will have a serious effect on your overall health and well-being. Losing sleep would actually slow your weight loss progress, and being depressed can seriously shorten your lifespan if not recognized and treated early. But there are many other possible side effects, including kidney stones if you don’t drink enough water while using it, seizures if you don’t wean yourself off of it properly, and

Sometimes it’s not a matter of whether a product works or not, it’s a matter of do the benefits outweigh the possible risks and drawbacks. In this case it matters little if the drug actually provides any weight loss benefit, as you are subjecting yourself to far too many potential side effects to warrant its use. What good is it if you weigh less but feel like a wreck because you’re having trouble sleeping? And what good is being thinner if you still feel down and depressed about your life?

The other kicker is that if you do use this, you’re supposed to couple it with a reduced calorie diet and exercise, which makes it hard to determine what exactly is leading to the reductions on the number on the scale. It could be that the dieting and exercise alone are producing the results,

Our Recommendation
There may be some people that have no other options than to turn to a powerful prescription drug where they can’t even explain yet why it works. There are simply too many unknowns, and unless you are in dire straights and have no other options we’d recommend avoiding this and using a more well-established weight-loss aid to help get you over the hump and onto the path of a sustainable healthy weight.

What do you think? Does Qsymia work or not?

← Previous Does Uniqlo Heattech Really Keep you Warmer with Less?
⚅ back to blog
Next →Does Xenical Really Work?