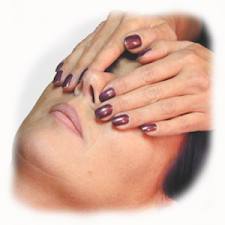 Reiki is touted by followers as a way to harness spiritual energy, and was started by a Buddhist over 90 years ago. It has three levels of mastery, and resembles a martial art the way you move through the different training phases. With all of the amazing benefits to your health, it’s clear that you’d want to know if it’s worth your time and effort to learn it.

Overview
It’s interesting to think that a practice like this could be invented by someone less than one hundred years ago, and that it would have grown to such a big size, with many students and teachers practicing it and mastering it. When you think that many of the martial arts have their roots stemming back hundreds or even a thousands years or more, it seems like this is relatively new spiritual practice and only natural that people would wonder if it works or not.

The Claim
Proponents of Reiki bring up many benefits including its ability to heal the body, improved sleep, helping the body to relax, lowering blood pressure levels, boosting the immune system, having a cleansing effect on the body, especially the organs, reducing stress levels, and many more. They say that anyone can practice Reiki, and some even say pets can benefit from it.

The Hype
Many of us are looking for ways to feel as good as we can, so there’s always a demand for activities that promise as much. What is also at play here is that this originates in Japan, which is considered by many Americans to have a sense of mystery and ancient wisdom. Many Japanese customs and traditions are looked at as being sacred and effective, such as karate, judo, the tea ceremony, and others. This fascination with Japan leads many to believe that Reiki probably does work, if one could master it enough.

The Cost
It’s free to perform Reiki, and there are hundreds if not thousands of free videos on YouTube that will offer to teach you it for free.

The Commitment
In order to reap the full benefits from this you’ll want to set aside time from each day to practice it. It’s really not something that you get the handle on in just a few minutes, or treating it as a part time activity or hobby. You’d want to throw yourself into it if you want to give it a fair chance, which is something that most people won’t do.

Evaluation
Anything involving spirituality will have those that say it works, and those that say it doesn’t work. Science and spirituality don’t usually mix too well, and there hasn’t been any conclusive evidence regarding the chi energy that is claimed to be at work here. But sometimes science only figures things out years later, and validates what people have already known for hundreds or thousands of years. Sometimes it’s OK to do something just because it provides results, rather than wait around for men in white lab coats to give their nod of approval.

At the same time you don’t want to follow blindly and get involved in a practice that doesn’t produce results, but the large majority of Reiki practitioners that make it through the training say that it does in fact provide the proposed benefits. Could it be that they’re all too embarrassed to admit that they’ve spent a good chunk of their life on something that doesn’t work? Since the evidence has been either inconclusive, or shown to debunk the value of practicing Reiki, it seems that

Reiki masters would say that those that don’t think it works simply don’t know enough about it, and haven’t mastered it enough to get the benefits of it. This is a bit esoteric, and it seems like an easy way for them to refute any naysayers. Most likely if you take it seriously and practice it daily and become adept at tuning into a positive energy, you’ll see positive results. But this is not something that is exclusive to Reiki, you can do that with meditation and any other activity that quiets the mind and gets you to a peaceful and calm place.

Our Recommendation
There’s no reason not to try Reiki and see how you respond to it. It’s not as if there are negative side effects to it, it can only benefit you to be more in the present moment and focus your energies intentionally. Whether you get into the spiritual aspect of it or not should have no bearing on your results. However, if you approach it thinking that it won’t work, and that it’s silly to even try, you will likely not get much benefit from it. Belief plays a big part in practices like this, so if you’re highly skeptical you will see your negative beliefs towards Reiki proven correct.

What do you think? Does Reiki work or not?

← Previous Does the GoGo Pillow Really Work?
⚅ back to blog
Next →Does NeuroSonic Really Work?