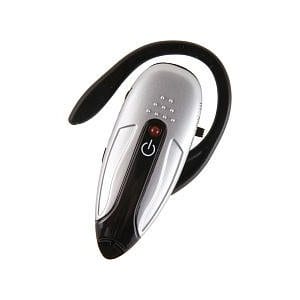 Silver Sonic XL says that you can get sonic hearing with a device that looks pretty similar to a Bluetooth headset. It is unclear why you would want supersonic hearing, and some of their examples seem like they were hard pressed to come up with instances where you’d use it, but if you have trouble hearing this might be a good solution. Since it doesn’t look like a hearing aid, you could use it wherever you wanted. But does it actually work at amplifying sounds clearly?

Overview
When your hearing starts to go it can be a stressful time in your life, as it’s definitely a condition associated with getting older. If you’ve managed to avoid or prolong all of the other signs of aging, this one might sideswipe you. No one wants to be caught wearing a hearing aid, because that’s a dead giveaway that you’re getting older.

By designing this to look like a cell phone headset, they’re most assuredly trying to appeal to the baby boomer generation that wants to be able to hear better, but doesn’t want to announce to the world that they’re getting old. And even though they don’t come right out and say that this is a replacement for hearing aids, most people will be trying to pick this up as a device that can prolong the purchase of a more expensive hearing aid unit.

The Claim
They say that the Silver Sonic XL it is not very big or heavy, so you can wear it for extended periods of time without it making your ear sore. They also say that since it looks like a cell phone’s wireless headset you can be discreet about needing a hearing aid. It comes with a volume control so that you can turn it to whatever level you need. They’ve also designed it so that you can use it in either in your left ear or your right ear. They say you can hear sounds from up to 90 feet away, in case you have any spy work you need done.

The Hype
The hype is that this falls into a category of products that are designed to make life easier for those that are getting older. You can expect to see more products like this come out in the next 10 years or so as the baby boomer generation keeps getting older, and keeps having things stop working. Since it’s such a huge market, with money to spend, companies just can’t help themselves. They know the kind of things that will appeal to them, and they advertise to them pretty forcefully.

The Cost
It’s $27 for your own Silver Sonic XL and it comes with a full 60 day money back guarantee. We like it when companies give the extra 30 days so that you have plenty of time to try it out, and you can feel relaxed while doing so instead of feeling like you to make a decision too quickly.

The Commitment
There isn’t much commitment on your part other than wearing the device. You might find it awkward if you don’t typically where headsets when you use your cell phone, but most people get used to having something on her ear after a day or two. If you’re only using this in specific situations like they show an infomercial, you won’t have any trouble putting it on and keeping it on for a short period of time.

Evaluation
One of the drawbacks to Silver Sonic XL is that all of the sounds get blended together so you can’t hear anything distinctly. In the advertisement it shows you being able to discern different sounds from a distance, including a conversation being had across the room. That feature is definitely an exaggeration, and you won’t be able to make out fine sounds like that from a distance because all the other sounds in between you and that one will be coming through the device.

It’s not very often that users are this unanimous when it comes to negative feedback. Most products out there can muster at least a mixed review of some people saying it works, and some people saying it doesn’t. This one however is a landslide, and the consensus is that it doesn’t work at all, and should best be avoided. So if you were getting excited about buying this, and using it in your daily life, we’re sorry to report that it is not something you can rely on.

Silver Sonic XL is definitely not a replacement for a professional hearing aid, but to be fair they never really stated that in any of their claims. Of course people are going to try to buy this at the low price, hoping that they can avoid getting a hearing aid. However, the makers of the unit never really said that this is what it’s for, and many of the examples they give only show it being used for specific instances in your life, not to be able to hear people sitting next to you.

Our Recommendation
You can safely avoid this product, as it’s a bona fide flop. This is the kind of as seen on TV product that give other as seen on TV products a bad name. Unfortunately there aren’t any other competing devices that are well reviewed and promise the same sort of experience with this. We’ll keep an eye out for something that can produce these results at this price point.

What do you think? Does Silver Sonic XL work or not?

← Previous Does the Side Sleeper Pro Really Work?
⚅ back to blog
Next →Do Command Strips Really Work?