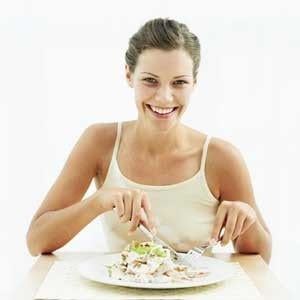 The ABC Diet is a 50 day diet with limited calorie intake, throwing in fasting days here and there. It is a way to trick your body’s metabolism by slowing limiting calorie intake which stores energy. This produces short term results, but seems to eventually lead to making you get fat again once you stop.

Overview
There are several different weight loss methods out there for you to follow, and all of them have their own strategy for losing the pounds. Some diets restrict carbs, while others limit the amount of calories you take in. In almost every case you are taking things out of your normal diet and trying to replace them with healthier options. Some diets focus on long term lifestyle changes, while others are geared more towards short term results and neglect any long term consequences.

The Claim
Proponents of the ABC Diet say that in just 50 days you’ll be able to lose several pounds of weight, and slim down to your ideal size. What they don’t tell you is that these results are only short lived, and you end up returning to your original weight, and could end up setting yourself up for future problems with your metabolism and eating habits. Many people end up doing another cycle of 50 days, likely because they started to slip back to their old ways and needed a solution to keep them at the weight they were at.

The Hype
Celebrities have used this diet to slim down for movies, most notably Anne Hathaway to get into shape to play Catwoman in the third Batman movie. Any diet that causes you to lose weight quickly, and shows short term results will always generate a buzz in the weight loss community.

The Cost
The ABC Diet is free to use and no one owns it, and should actually have you spending less money on groceries since you’ll be eating less food. Many diet programs out there involve buying a book, or buying the branded food that is recommended in the book, or supplements or diet pills. The one refreshing part of this diet is that you aren’t trying to be sold on any specific food or supplement.

The Commitment
You are supposed to stay on this for a full 50 days, at the end of which there isn’t really an exit strategy, and it’s recommended that you slowly work your way back to a normal diet. This part of the program is a gray area, and since you aren’t learning how to eat a normal diet by following this system, you won’t really know what to do once you’re finished.

Evaluation
The ABC Diet has been tried by many different people, and there is a lot of feedback on it. Some people say that they’ve lost weight on it, which is not surprising since you are reducing your calories so much. Experts recommend a minimum of 1000 to 1500 calories if you want to maintain a healthy body weight, and the most amount of calories you’ll be getting on this diet plan is 800, and that’s on your biggest day, which only happens once in the 50 day program. The next highest you hit is 500 and that only happens 4 times, 3 of which is in the first two weeks. That is extreme calorie restriction and will take massive amounts of willpower to stick with.

There are 6 days in which you don’t consume any calories and are only allowed to drink water. These days will be especially killer for those that have food cravings just after the first week. This simply compounds the fact that you aren’t getting the nutrients and vitamins that your body is craving from healthy foods you could be eating.

The ABC Diet is getting our Thumbs Down rating, as it is mostly just a glorified fad diet, and most people that are promoting are trying to get you to their website so you follow the system according to their guidelines. With so many other diet options available that produce noticeable results without making you resort to starving yourself, it doesn’t make sense to go to extremes just for the sake of losing weight. The long term effects can end up hurting you more than being overweight does, and can actually keep you trapped in the cycle of dieting, gaining the weight back, and then dieting again.

Our Recommendation
We are recommending against going on the ABC Diet program, as it doesn’t focus on healthy lifestyle changes, but rather unhealthy tricks on the body to try to get it to purge excess body weight in the form of water weight and slowing your metabolism down to a standstill with the lack of calories being consumed. Not only will you likely end up yo-yoing on this, you could end up with an eating disorder and issues with binging after your body demands more food.

What do you think? Does The ABC Diet work or not?

3 Customer Reviews on “Does The ABC Diet Really Work?”