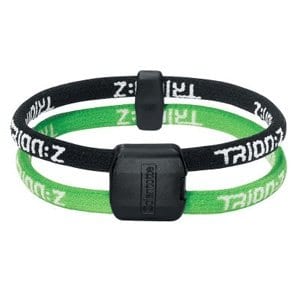 The Trion Z bracelets are supposed to be able to give you balance by combining negative ions with magnets. Those that believe in these sort of gadgets swear by them, but there are a large number of people that say it’s all a bunch of baloney. Both sides can’t be right, so we decided to look into the matter and render our verdict on how well it works, if at all.

Overview
Negative ion bracelets have been popular for about a decade now, and each one makes various claims as to what sort of technology they use to make it work. In the case of Trion Z they are stating that they combine negative ions with magnets, and this is what makes it special. No doubt you will see a product come along in the near future that says it uses a third method. It’s like an arms race between these competing bracelets, and each one tries to differentiate itself from the others, and give plausible reasons why it works.

The Claim
Trion Z says that the magnets on their wristbands help to improve the blood flow and increase your body’s natural healing power. They also say that the negative ions it contains helps to counteract all of the positive ions that are produced by the body that cause stress and other health problems.

They also claim that they do not pay athletes to wear their bracelets, and that they wear them because it works. This is not a logical conclusion, or a correct statement. they do not know the motives of the athletes, and are only guessing as to why they are wearing the bracelets without being paid. A more proper statement would be that these athletes think it works.

The Hype
The hype comes from all of the talk about negative ions and magnetic fields. By talking about things that are invisible to the naked eye, you can make any sort of claim you want to, without worrying about having to prove it. What clinical trial could be applied to it that would be able to convince people that it actually produces negative ions, or has any effect on your magnetic field?

Also, they go with the story that our modern lifestyle is causing all sorts of chaos to the body. This is a technique often used by supporters of alternative medicine as a way of making the case of needing things like detox, and flushing the body of toxins. Whether our world is any more or less harmful than it was hundreds of years ago is not something that any one company can declare. If our modern world is so much worse off, why do we live three times as long as we used to?

The Cost
The Trion Z varies in price by which model and size you get, but should be around $15 for most models and sizes.

The Commitment
All that’s required on your part is to wear the bracelet. That’s the lure to these sort of things, that you’ll get some amazing benefits just by putting it on. Products that have almost zero commitment on your part, but promise a radical transformation in the way you feel, should set off a series of red flags.

Evaluation
With something like Trion Z you’re always going to find some positive reviews. If people have bought into it, and believe it will work, they probably will experience some sort of results to it. However, this is the same things as a sports player have a pre-game ritual, or believing in a superstition like wearing lucky underwear, or tying their shoes a certain way.

All of the benefits purported by this bracelet can be had without getting it. You can experience the same sort of good feelings, increase in balance, and less stress just by getting more active, and doing some form of regular exercise. Don’t pass the responsibility of staying healthy to a bracelet. You can take up something like yoga, or Tai Chi, or start meditating. Read self improvement books that teach you how to have more positive thoughts. All of these will produce the good feelings you’re looking for, and will permeate into all areas of your life.

The Trion Z attempts to take negative ion bracelets to a whole new level by adding magnets to them. However, two wrongs don’t make a right, and there’s just no reason to think that wearing this has any effect on your body, your health, your mood, or your athletic performance. Just because athletes wear them doesn’t mean they work, it just means that they think they work, and most sports are just a mental game, and players will do anything to get that mental edge.

Our Recommendation
We’re pretty convinced that these sort of products rely entirely on the placebo effect. This doesn’t necessarily mean that you shouldn’t buy it. If you think it will work, and you expect it to work, you might actually get some benefit from wearing it. You might get some peace of mind from having it on, and in the end feeling good is all that matters. However, you should not rely on any bracelet to give your health or life a complete turnaround. Take steps to gradually improve your life through proper diet and exercise, and if you feel like including a Trion Z into the mix, by all means, go for it.

What do you think? Does Trion Z work or not?

← Previous Does Silk’n SensEpil Really Work?
⚅ back to blog
Next →Does the SteamFast SF-275 SteamMax Steam Cleaner Really Work?