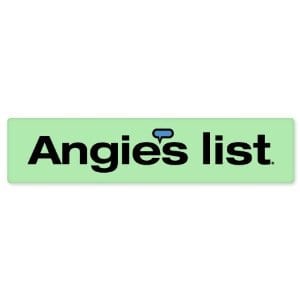 You’ve probably seen ads for Angie’s List on TV featuring the real Angie and saying that they feature reviews you can trust. Their business model is based on charging consumers to access and submit the reviews with the theory that this will weed out biased reviews and prevent manipulated feedback. But how trustworthy are these reviews, where are they coming from, and how much does all this cost?

Overview
Even though it may sound like a very personable site, since it’s named after the founder that regularly appears in television promotions, don’t be fooled. This is a publicly traded company with annual revenues in the millions of dollars. They may seem unassuming, but they know what they’re doing and have found a great deal of success with their site so far.

The Claim
Angie’s List claims that you can trust their reviews, and also claims that contractors and businesses can’t pay to make it onto the list. But even with this simple claim it’s been said that businesses are able to promote themselves within the site, and pay for better placement on the list. So while they can’t pay to be on it, they can pay to be more prominent once they make it on it, which is splitting hairs and show’s that Angie is playing both sides of the consumer/business equation.

The Hype
The hype comes from the rather extensive advertising that they do in order to get people to their website. You don’t see a lot of websites advertising on television, and when you do they are usually trying to target a demographic that would actually see an ad for a website on TV and then go to their computer to check it out. Most online businesses advertise online since it is much easier for people to click on an ad than to remember to go to it the next time they’re at their computer, or even more to stop watching TV and go check it out in the moment.

The Cost
The cost of membership to Angie’s List varies depending on where you live, and it’s weighted based on the demographic information for your area. This would mean if you live in a place that has a high average annual income you can expect to pay more than a zip code that is full of low earners. After searching different areas we’ve concluded that you can expect to pay $5 or less if you go monthly, and $39 if you decide to go annually. They pop you with a $10 “activation fee” on your first month to make up for people that just want to try it out for a month and then cancel.

The Commitment
Other than paying the fee, either annually or monthly, you aren’t required to do much else. You’re not obligated to write a review of a company, and can just use it to look up contractors and service providers. It will be your responsibility to read through the reviews and make up your own mind on whether you want to go with a specific business or not, as Angie’s List does not directly endorse or verify a company.

Evaluation
There are a few inherent problems that we’ve uncovered about Angie’s List. The first is that they don’t offer a trial of any kind, and quite the opposite they charge you an activation fee if you only want to go for one month. If their reviews were so helpful, why not let someone sign on for a free trial that only allows them viewing access, and even limit it to one search for one company? This is how many websites operate, allowing you to test out the service and only sign on when you see that it is truly helpful.

The other problem is the question of whether or not the reviews are helpful. They are provided by everyday, average people that have paid their membership fee. These are not professional reviewers or critics, they are only talking about their individual experience with a business, and this will be as unique as a snowflake. There’s no guarantee that you will have the same experience, good or bad, or that the business will be able to hit a home run, or totally miss the mark, every time they complete a job.

In our opinion it’s better to look at the averages over dozens, hundreds, or even thousands of reviews. This gives you statistical information and tosses out any one experience as being pretty uninformative as to what a business is really like. If most of the people say a business is good and one person says it’s great and one person says it’s awful you can still be pretty confident that you’ll have a good experience. With Angie’s List you might look at that one anomaly, either praising or defaming a business, and think that it’s the last word.

Also, former members say that they don’t let you cancel your account with the press of a button. You need to either call or chat with them, at which point they will pitch you on staying for a reduced cost, offering to drop categories that you don’t use.

For some people Angie’s List might work, and there seems to be a lot of satisfied members. Most of them qualify their membership by stating that they’re doing a lot of DIY projects, or are in charge of properties and hire a lot of contractors. In these instances you might get your money’s worth, but for most people, for most projects, you can get a pretty accurate idea of how a business is doing by looking at the freely available information on the Internet.

Our Recommendation
Unless you’re going to be doing a lot of home remodeling you’re not really missing out by not being a member of the site. There’s plenty of free information available at places like Yelp, Google, Yahoo, and other freely available websites. If you take the aggregate information from these sites you’ll get an accurate idea of a company and won’t have to pay a membership fee to do so.

What do you think? Does Angie’s List work or not?

← Previous Does the Multi-Stor Organizer Really Work?
⚅ back to blog
Next →Does Care.com Really Work?