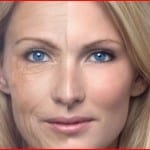 It’s not uncommon for people to want to both feel and look younger as the signs of aging set in, and many turn to anti wrinkle creams for assistance. As well as these products sell, however, it does lead one to wonder whether or not they actually work.

What’s All the Hype?
Anti-wrinkle cream has become an American market addiction over the years.  Ever since their debut, they’ve been advertised with the notion that people need to feel and look young, so they’re becoming more popular by the day.  Many companies have begun selling what have become known as “miracle creams”, capable of erasing wrinkles within weeks of application. Amidst all of the media coverage, the excitement among users continues to carry on.

How Does a Wrinkle Remover Work?
Before you can understand how a remover can be effective, it is first important to know exactly how wrinkles work.  In reality, there are close to, if not over, a dozen different things that cause and add to wrinkles as you age.  These range anywhere from hormones to sun exposure to just plain gravity.  Mostly, though, wrinkles are caused simply by aging – they are completely natural and impossible to avoid.  Over time, your skin becomes thinner, and the outer layer becomes decreasingly connected to the inner layer, allowing moisture to escape and causing dryness, and subsequently, the appearance of wrinkles.

Anti wrinkle creams are, as of the present day, generally all made of a relatively similar composite, thought to be the best collaboration of ingredients to defy visible signs of aging.  Primarily, these creams contain Retinol, the form of vitamin-A found in animals.  Vitamin-A is easily absorbed through the skin, making it an essential active ingredient for any anti-wrinkle cream.  Vitamin-A also is said to give a natural boost to your body’s collagen production.

This protein is the main source of connective tissues in animals, and is responsible for many crucial outside cell structures, including skin elasticity.  Along with this skin-boosting ingredient, all anti-aging products contain moisturizers.  Dehydration is another common cause of wrinkles, stemming from aging, and so therefore ingredients such as aloe and vitamin-E are not uncommon, as they are said to help in the process of rejuvenation.

With all of the positive marketing and scientific support suggesting the supposed benefits of anti-aging creams, there is still no conclusive or published proof of continued guaranteed results.  Studies do suggest the that composite making up many wrinkle creams is indeed healthy for skin, and should therefore be applied regardless of continued or any cosmetic benefits.

Anti wrinkle creams are held in high regard as far as celebrities and marketing officials are concerned.  Even various customer reviews seem to continuously boast the alleged benefits.  The nature of the ingredients does seem to suggest there would be some cosmetic benefit, though one must take in to mind that the skin can only absorb so much over a certain time before that cream becomes useless in terms of the desired results.  There are also the various claims that, whether or not there are visible benefits, the health benefits are still prominent.

Unfortunately, all of these benefits come without real published evidence, though, and so it’s often a matter of weighing consumer evidence against scientific studies.  Ultimately, it is wisest to make your own choice based on whatever information you can gather, whether it be from people you know personally or delving in to the possibilities on your own.

What Do You Think? Do Anti Wrinkle Creams Really Work?