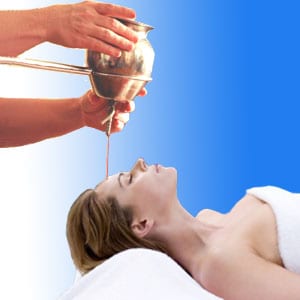 Ayurveda has been around for thousands of years but is just now gaining in popularity as a comprehensive alternative approach to many of the body’s functions. Originally coming from India, and translating to the knowledge for long life, many of the practices might seem a little out of the ordinary but practitioners swear by them. So does this really work, or is this just the latest quackery pushed by the alternative medicine believers?

Overview
Modern medicine and alternative medicine always seem to be at odds with each other, but they really need to come together and learn from each other. The case of Ayurveda’s been going strong for thousands of years and is just now coming into the light and getting attention from mainstream sources. There is a lot of scientific evidence to back up the claims being made, it’s more about just measuring how you feel and deciding for yourself whether or not it is worth it.

The Claim
There is no company behind Ayurveda, so there aren’t any claims made on an official basis. However, there are many people serving as spokesman for the methods and they claim all sorts of things can be cured with Ayurvedic treatments and practices. Almost anything associated with living longer and improving health is fair game for them.

Basic claims include being able to cure things like headaches, back aches, cancer, heart disease, liver disease, kidney failure, bad breath, foggy thinking, joint pain, inflammation, acid reflux, and more. By treating your body according to the laws of nature, they claim that you’ll be able to live a long healthy life.

The Hype
The hype comes because it’s entering the mainstream more and more. As a greater number of people are introduced to it, the likelihood that it will be misrepresented increases. When people from all different walks of life start trying out the Ayurveda principles the methodology will hit the spotlight more frequently, and also go under the microscope to see if it actually works.

The Cost
One of the greatest features of Ayurveda is that there usually isn’t much to buy. Many of its procedures only involve oils and the all-natural remedies use cheap ingredients you can find at your local grocery store or health food shop. Since no one owns Ayurveda there is no monopoly on the products involved with any of the treatments.

The Commitment
You definitely have to be committed in order to stick with Ayurveda and its different tenets. Some of them can seem a little strange and counterintuitive when you first hear them. But once you study up on all that it entails you might find that it resonates with you at your core level. Starting off with the procedures that make sense to you is one way to give it a try, and then you can try other more advanced techniques from there.

Evaluation
One of the more interesting features of Ayurveda is that it breaks your body type into three different possibilities. These are Pitta, Kapha, and Vata. There are many questionnaires online you can fill out that will help you determine which body type you are. The three actually combine, so there are plenty more types than just the three listed here. You could be a Pitta-Kapha, a Vata-Kapha, a Pitta-Vata, and so on.

Once you figure out what kind of body type you have, there are specific foods that you should and should not eat. There are also specific times during the day when it’s best to eat. Your food choices should also change with the seasons, and you should mix your diet up from day to day and not eat the same foods over and over. These are just some of the many different guidelines you can read up on.

It can be a little overwhelming when you try to do too many Ayurveda-inspired actions at once. That’s why it is recommended to only start with basic fundamentals like following the circadian rhythm, going to bed and waking up early, and getting plenty of water. By starting off slowly you increase your chances of success, and you’ll be able to see if your small changes end up making big differences in your life.

Some of their recommendations can be hard to do, like cutting out sugary and processed foods, and only eating three times per day.

Regardless of your feelings towards alternative treatments and remedies, there is something to be said for something that has withstood the test of time and is still being practiced today. While there may not be a lot of scientific evidence or testing done by them modern medicine, the results you get should be pretty noticeable and you’ll be guessing if it works or not. Following Ayurvedic practices are generally very safe so it doesn’t hurt to try it out. You’ll either see very noticeable results, or nothing at all.

Our Recommendation
Because it doesn’t cost anything there is no harm in trying out some of the Ayurveda practices to see if they are in line with the kind of life you want to have. If you try out some of the treatments and you are happy with the results, it only makes sense to continue on and try other methods to see if those produce similar results. It’s a pretty deep rabbit hole to go down, and when you start out you’re really just scratching the surface of all there is to learn.

What do you think? Does Ayurveda work or not?