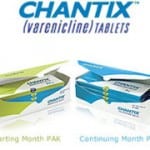 Chantix is a prescription medication that together with outside support enables you to stop smoking. Unlike traditional nicotine replacement therapies, Chantix doesn’t contain any nicotine. It targets the nicotine receptors in your brain and stops the nicotine from getting through.

But does it work? There have been many FDA warnings about the use of this product and research shows that ninety per cent of people who have used this medication to stop smoking have suffered relapses.

People who have used this medication to stop smoking claim that they have struggled with vivid dreams, anxiety, nervousness, and depression and mood changes. Some of these people have had suicidal thoughts and a small portion of them have gone on to attempt suicide.

The FDA warns against the use of this medication if you have a pre-existing psychiatric problem, as it will only worsen while taking the medication.

Another concern is that once you stop taking it, the side effects don’t wear off as quickly as you would expect.

You take your tablets as prescribed and attend support groups, it’s that easy. But is it really? Without the support groups, you only stand a one in eleven chance of remaining smoke-free after one year.

People are choosing this medication, presuming it’s an easier way to give up smoking. When you think about stopping smoking you worry about the withdrawals and constant urges, Chantix is designed to remove these desires, but adds a whole new group of side effects that you must be wary of. You can then weigh up the two and decide if this really is the way forward for you.

The Cost
As with any prescription medication, be prepared to open up your wallet and let the notes fall out. You can expect to pay around $350 for a twelve week supply, and you are not guaranteed that twelve weeks would be enough.

Natural willpower or traditional nicotine replacement therapies are a lot cheaper and while you may need to deal with mild withdrawal symptoms, you will save yourself a small fortune.

Take what you spend on cigarettes each week and times that by twelve, if it works out to more than what you will pay for Chantix, there is no reason you shouldn’t give it a try if that is what you want. If your cigarettes don’t cost near that amount over a twelve week period, why not attend support groups and try a different nicotine replacement therapy?

The Commitment
Giving up smoking isn’t an easy decision for everyone. We all know what it does to us, to our lungs and our organs, but giving up is much easier said than done. If you really want to give up, you can use natural willpower. Sipping cold water when you get a craving seems to work for millions of other people worldwide, so there is no reason it won’t work for you.

Whichever method you choose to give up smoking, you will need to be committed. You can’t smoke a cigarette one day and then stop for a week only to smoke one while out with friends on the weekend, that is leading to failure.

Once the decision is made and you set a day to stop, stop on that day and be thankful you don’t smoke every day after that, use sheer determination and commitment to get you through and you will succeed.

Evaluation
Analyzing the feedback from patients who have tried Chantix to stop smoking, it’s very difficult to determine whether it really does work. While some believe that without this prescription medication they would never have managed to quit, others have had to stop using the medication because of the side effects.

Side effects include changes in behavior, anxiety, depressed mood, nervousness, suicidal thoughts and suicide. You need to also be aware that once you stop using the medication the side effects don’t wear off straight away. If you do decide to use it, phone your doctor as soon as you start experiencing these side effects so you can get close monitoring to ensure that you are healthy and safe.

As previously mentioned, it’s very difficult to determine this. What seems to work for some people doesn’t work for others. When you choose to use this medication, your doctor should ask you about previous illnesses and family history to ensure there isn’t a psychiatric problem that could worsen during use.

If you manage to quit using the medication, don’t miss the support group sessions. Success has only been confirmed through regular counseling sessions and support groups.

You will be able to be healthy again, taste things again, and breathe easier again. If the medication starts giving you unwelcome side effects, visit your doctor and see if there is a way to curb these while you continue on your non-smoking quest.

What Do You Think? Does Chantix Really Work?

← Previous Is Herbalife a Good Way to Lose Weight?
⚅ back to blog
Next →Does Grecian Formula Fight Aging & Make you Look Younger?