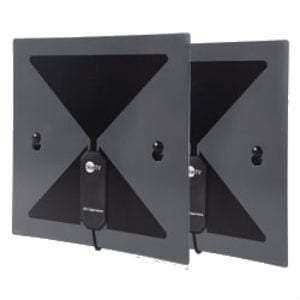 Clear TV is presented as a way to stop paying cable and satellite TV and just use their antenna to access TV shows and content. But can a simple device like this really be the answer to saving all that cash each month?

Overview
The promise of a digital antenna really took on a new level when they started broadcasting HD channels for free several years back. This coincided with the need to adapt your TV for the new signals, or upgrade it to an HDTV. It’s always been possible to get channels for free using an antenna connected to your TV, but the quality has been so poor for so long that cable and satellite service has become the norm. Many begrudgingly pay their cable bill each month wishing there was a free or low cost alternative.

The Claim
The makers of the Clear TV say that it provides a better experience than what your satellite dish or cable provider can deliver. This is a tall order as in most cases cable and satellite beams crystal clear HD movies and TV shows non-stop.

The Hype
The hype comes from the idea of “free TV”, something people have been wanting for decades now. It’s along the same principle of paying the cable guy off in order to give you free movie channels. We all just want to watch TV without having to pay to do so. Since TV was originally broadcast and able to be received via an antenna, and the major networks still broadcast a signal for free, there’s the feeling like we’re entitled to free television, and not just PBS.

The Cost
You can get one Clear TV antenna for $28 or two for $36. The way they have this set up, you’d want to opt for the single option if you’re concerned at all that you won’t get the channels you think you will. That’s so if you return it you’ll only be out the $8 in shipping. One tip: you can get free shipping if you try to navigate away from the order page. There will be a pop up asking you to stay. If you do stay they’ll waive the shipping charges so you can get it for a flat $20 and check it out to see how it works.

The Commitment
They say that you can watch HD channels for free, and hint that you don’t need to pay for cable or satellite in order to do so. In theory this would mean that you wouldn’t have to commit to the long-term contracts or high monthly payments of cable or satellite. Of course, it would really have to shine for this to be a possibility.

Keep in mind that when they say “hundreds” it’s in quotes, and they are saying you get “hundreds” of shows, not channels. By all accounts this is simply a digital HD antenna, and no better or worse than the kind you can readily buy at places like Radio Shack. They’re alright, but not nearly as good as what you get with cable or satellite, and with those services you can get hundreds of channels, not just hundreds of shows. If you’re counting actual shows it would be in the thousands.

Clear TV is getting our Risky Try rating, as there is no sign that this works well enough to buy it. Gauging from user response you won’t be able to replace your cable or satellite dish with it, but it’s really important to do your research before buying it. It could happen that you’re in a part of town that picks up plenty of channels and they’re all clear. The more rural you get the more likely you won’t be able to get much of anything with this.

Our Recommendation
At this time cable and satellite are still the best options you have for crystal clear viewing of both major networks as well as the premium networks. One way to try to sidestep these services is to get something like Netflix or Hulu Plus, as well as a digital antenna like this one so that you can still watch the most basic of chanels for big sports games. Of course that only works if you live in an area that is able to pick up those broadcasts.

What do you think? Does Clear TV work or not?