Barbequing is a great form of cooking enjoyed by many people. It is a healthier and quick way to prepare food. Kool Grill is a convenient grill that can be used anywhere and anytime.

The Kool Grill is a convenient sized BBQ grill that eliminates the need for gas and electricity as it utilizes charcoal as the heat source.

The claim of the Kool Grill is that it can be used essentially anywhere. It is safe, secure,as the charcoal will not even spill if placed upside down as it is locked into place. The Kool Grill bowl has a double wall layer keeping it cool to the touch to enable it to be moved even when in use.

The hype is the Kool Grill is ready to use in five minutes. The Kool Grill has a large cooking surface and can hold up to 8 burgers, 16 sausages, or 6 steaks. It only requires a handful of charcoal and a little squirt of lighter gel. The Kool Grill is portable and very light in weight, so it virtually can be used anywhere for example on a boat, in your yard, at the beach, or at a picnic etc. The Kool Grill has a fan which blows and distributes the cool air between the inner and outer bowls, which makes it a very safe BBQ system. The Kool Grill in comparison to conventional BBQs heats to a cooking temperature much quicker.

The cost of the Kool Grill is 3 payments of $33.33 PLUS Shipping and handling.

The Kool Grill is a great idea as it is quick, economical and healthy way of preparing barbecue food that tastes great. The Kool Grill is perfect for use in small places as it does not require gas tanks or access to electrical outlets. The Kool Grill is ready to cook on in approximately five minutes, which is a great feature especially when you are trying to feed hungry guests in a timely fashion.

Our Recommendation
Even though there are some great grills on the market there are also some great accessories like the Miracle Grill Mat.

What do you think? Does the Kool Grill work or not?

← Previous Does Charco Clean Really Work?
⚅ back to blog
Next →Does the Back Buddy Really Work? 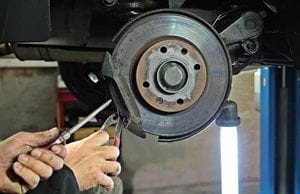