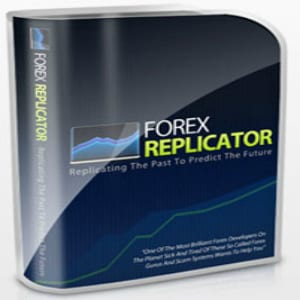 Forex Replicator has a pretty basic premise. They say they can replicate what the Forex will do based on what it has already done. Using historical data is nothing new in the world of trading and investing, but it’s not always reliable. Many people thought that real estate always goes up, because historically it had. But they were reeducated after the housing market bubble burst, and home values plummeted in many markets. So is this something you can use to make better trades, or potentially use to trade on auto-pilot for you?

Overview
Everyone is looking for an edge when trading in the Forex markets. There are always new robots coming out saying that they’ve figured out how to make heads or tails of all of the data, and keep track of trading in real time. There are even bots that make the entire process hands free, and only require that you put the money up so they can start increasing your balance. But as unnerving as it might be to hand over trading to a piece of software, it’s something you’ll eventually have to do if you’re serious about trading Forex.

The Claim
Forex Replicator says they got their name because their system replicates the past so it can predict the future. One thing that is nice is that they don’t fill your head with a lot of images of mansions and Bentleys and convince you that you’ll be the next multimillionaire if you use their system. They do, however, go on to state that you could earn $100, $200, or even $500 per trade. This would be enough for some people to quit their day job if they could just make one trade like that a day.

They further claim that their program is easy to learn and easy to use, and that it uses real information, without padding it with phony data. They also state that you’re given all of the details of the strategy, that nothing is held back from you and that you’re getting the full recipe of success with no steps missing.

The Hype
The hype comes from a software system like this being responsible for making trades for you. It’s almost as if you are putting your financial well-being in the hands of a software system that costs less than $100 and hoping that it will be able to accurately predict the future be analyzing the past. It’s a tough sell no matter how you look at it.

The Cost
A one-time fee of $87 is what first starts things off, but once you make it past the initial product offering, you are presented with various upsells that you must either decline or buy if you see fit.

The Commitment
You’ll have to commit to setting this up and using it. Many users said that it took over a day to get it up and running, so don’t expect to be able to just download it and get going with it right away. It will take some patience, and some involvement on your part.

Evaluation
Using the past to predict the future might sound good in theory, but using it as the entire basis of your trades is something that seems a bit risky. It seems that the Forex responds more to what is happening right now, rather than being based on old, out-dated information. That’s why most Forex investors keep an eye on what is happening in world news and events going on in real time.

Yes, it’s true that history does play a part, it provides the backdrop to things, but it doesn’t seem like it would make a difference what happened ten or even five years ago, there’s just too much movement on any one currency. Of course there are historical highs and lows between each currency, which sets a sort of floor and ceiling to things, but using what a currency did in the past to predict what it will do in the future does not seem as viable as keeping a close eye on how a country’s economy is doing right now, and projecting current trends forward.

Compared to its competition the Forex Replicator doesn’t seem to measure up. There are other pieces of software and bots out there that incorporate historical data into their algorithms, but also use additional factors, and keep track of data in real time, as its happening. They are also designed to limit your risk, and only make trades that are safe. You can’t make purchases like this in a bubble, you have to consider all of your options out there, and not get swept away by the promises made or the lifestyle promised.

Your Forex strategy will ultimately come down to products and techniques that make sense to you, and provide results that you’re happy with. It will involve some trial and error, and testing out different programs until you find one you like.

Our Recommendation
With a money back guarantee in place for 60 days, you can try it out if you’re still curious. If you’re not making the sort of money you hoped you would, it’s easy enough to get a fast refund of the purchase price. You can basically conduct your own product reviews, and try the different Forex systems that are out there, being objective and seeing which ones actually work for you, and which ones don’t. That way you cut through all the hype from their pitch pages and you put them to the real test.

What do you think? Does Forex Replicator work or not?

← Previous How Good are Hoover WindTunnel T-Series Vacuums Really?
⚅ back to blog
Next →Does FB Influence Really Make You Money?