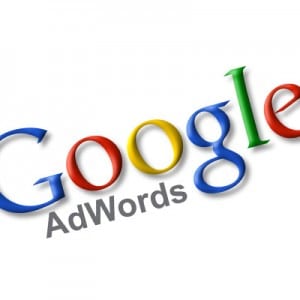 Google AdWords is the Yin to the Yang of Google AdSense, and also where Google makes the bulk of their revenue. It can provide nearly instant traffic to any of your websites, offers, or other promotions, as long as they stay within the guidelines and terms of service. No one can argue that Google gets a ton of traffic every day, but can you really leverage all of these clicks into profits, or is this something reserved for the true gurus out there?

Overview
The way AdWords works is you format your ads so that they look like the typical Google ads we’re all familiar with, set how much you’re willing to pay for each click they send you, set your daily budget, and then watch it go. As soon as it gets approved you’ll usually start to see stats come in. They’ll show you how many times your ad was shown (impressions) how many times your ad was clicked, and what sort of ratio this creates.

The Claim
Google doesn’t make any big claims, relying mostly on showing success stories of people that have grown their business and secured new customers with AdWords. The claims about what AdWords can do for you come from other sources, mostly Internet Marketers, as described below.

The Hype
The hype mostly comes from quote unquote gurus out there that tell you that they can show you how to get rich quickly using Google AdWords. It seems that every single trick in the book has been attempted to try to game the system and make a quick buck. It doesn’t take a rocket scientist to

The Cost
You decide how much to pay for your ad campaigns with AdWords, and it doesn’t cost anything to open an account and get your ads just the way you want them before sending them off to get clicked on. You can pay as little or as much as you want, making this a great way to test different campaigns and see what’s working and what’s not. And there’s plenty of traffic to go around, so if you hit on something that owrks you can just amp it up and potentially make more money.

The Commitment
You’ll want to keep a watchful eye on what you’re doing here, because things can move pretty quickly. As long as you’ve set your daily spending limit, you won’t go overboard, but to get the most for your money you should keep close track on what is happening with your investment. Tracking your AdWords stats is just half of what you need to do, you also need to check your website stats so and your sales numbers to see the true effectiveness of your campaign. This can be overwhelming for some.

Evaluation
The user interface of Google AdWords might seem intimidating at first glance, but the learning curve isn’t too steep on this one, and you can usually figure out a working knowledge of it in a few hours. Once your ads start getting impressions and clicks, all of the data columns start to make more sense. All of the information you see is important in some way, but some of the more important areas are the number of clicks you’re getting per impression, as well as the average cost per click of course.

Google rewards relevance, and they assume that if your ad is getting more clicks with fewer impressions that it must be an ad that people feel is relevant to what they’re searching. This means that they will prefer to show your ad over another less relevant ad. That’s why you always want to split test with AdWords. Have as many different ads as you can come up with, either changing the title, or the copy, or the offer. Find out which ones perform well, and get rid of the losers. Always be testing and honing your ads to make sure you get the most bang for your buck.

On the backend, make sure you are sending your traffic to pages on your site that make you money. Match up your landing page to what the offer is claiming so that visitors arrive at the most logical page. Test all sorts of different offers and let your customers tell you what they want to buy, instead of you telling them what you want to sell.

Why People Might Think It Doesn’t Work
You can lose your shirt with AdWords if you’re not careful. Even though you set the limit as to how much you want to spend each day, if you’re not converting the traffic they’re sending you, it’s just an expense and not an investment. That’s why you have to know exactly what your profit margins are, and exactly how much each click is costing you. IF it’s taking 10 clicks to make a sale and you’re paying 50 cents a click, you’re paying $5 per sale so you’d better be making more than $5 profit on the item you’re selling. This is just a basic example, but the same sort of evaluation must be done in order to know whether or not you’re making or losing money, as their is no third option.

Many people have tried AdWords and have not been able to make money with it. Others have tried it and are able to maintain a full-time income buying traffic cheaply and sending it to high-paying offers or products that result in affiliate commissions. If you have the money to start doing this, it could be a fruitful venture, but be sure to do your homework so that you have the best chance at success.

Since AdWords is Google’s main money-maker they are always working to improve its effectiveness. Although the basic concept hasn’t changed much since its inception, it is still something that you can sort out in an afternoon but spend a lifetime mastering.

There’s no doubt that the service works, your ads get shown, they get clicked, and visitors will shortly start arriving at your site. What you do with them from there is up to you, and the true test of whether or not AdWords works to make you money is up to you.

Luckily they want you to make money, because if you’re making money, they’re making money and everyone is happy. Don’t view them as the enemy here, they want to monetize their search traffic just as badly as you want to convert their clicks. By taking a harmonious view of Google and working with them instead of against them, it’s a lot easier than rowing upstream.

Our Recommendation
Google AdWords is a great way to run tests on campaigns with just the slightest changes in the wording and the offer. You can test all sorts of things from advertising copy, to price points. Tim Ferriss even used AdWords to test out potential book titles before settling on The Four Hour Workweek. There are those that make a full-time living and then some by sending traffic to offers and promotions, in a classic buy low sell high style. It would take the average person months or years to learn enough about this sort of tactic to be able to reliably make money

What do you think? Does Google AdWords work or not?