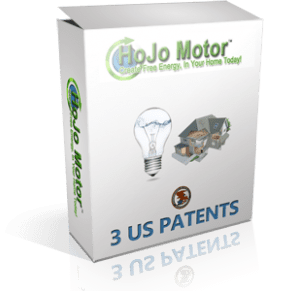 With the green energy craze going on, who wouldn’t want to create free energy from home like the HoJo Motor website promises? It says that it uses magnets to produce clean energy from a device you build from scratch in your own home. Can this be for real?

Overview
There is a huge debate on perpetual motion machines, and if they can be build, or if they have already been invented. There’s also a lot of conspiracy theories that state that the big oil companies would never let them see the light of day. The HoJo Motor is just one of several energy producing products to hit the market in recent years.

The Claim
They claim that the guide will show you how to lower your energy bills and allow you to actually build the HoJo Motor on your own with materials that are readily available. This will allow you to create free energy, because the HoJo Motor uses magnetic power to generate energy. At least that’s the claim.

The Cost
The cost to get the “plans” is $50, and it’s sold by ClickBank so if you can’t get the thing to work in 60 days time you just initiate a refund request and all is back as it was.

The Commitment
Just looking the plans over won’t get this thing built, you’ll have to go and buy the parts and assemble it as described. The common belief is that there is no way this will work to power anything in your home, but if you just treat it like a hobby, and want to see it do what it does, it can be fun.

Evaluation
Since they put so much emphasis on their three patents, let’s take a closer look at what each one covers.

US Patent #4151431 – Permanent Magnet Motor
This was first issued back in 1978 it took the USPTO nearly 3 years to award this patent. The design is pretty similar to the finished product that you see today. It’s interesting that this would remain relatively unchanged over 30 years. However, it’s important to note that this is not a patent for a perpetual motion machine, or for anything with the capability to power a single device in your home.

US Patent #4877983 – Magnetic Force Generating Method and Apparatus
This came about a decade after the first patent application and issue and basically looks like some train tracks with a little magnet on wheels that travels back and forth along the track. This also is not a patent for anything that could deliver on the promise of creating free energy for your home.

US Patent #5402021 – Magnetic Propulsion System
They’ve actually got a typo on their main site for this patent, and added an extra 5 where there shouldn’t be one. This is the most recent patent of the three, being issued in 1995, which still makes it nearly 20 years since he’s actively sought a patent for this, because he applied for this patent back in 1993. There’s no denying that this outlines a novel idea, the only real question is does it work in practice as well as theory.

To receive a patent, you don’t really have to prove that a device works, you are just submitting the idea and stating that you are the first one to come up with it. Something can sound great on paper, and have detailed diagrams, but the USPTO does not require you to send in a working model so they can test if it works or not.

This should only be bought and assembled for fun, not because you think you’re going to stick it to the power companies and be one of the few people on the planet getting free renewable energy in their home. The HoJo Motor is largely an unfinished product with two expired patents and a third set to expire in a few year’s time.

Howard Johnson himself said that it would need to be scaled many more times in order to produce an amount of electricity that would make it worthwhile or valuable.

Our Recommendation
Don’t get the JoJo Motor plans unless you’re just a DIY junkie and want to have fun trying to assemble the device and see how it works. If you go in expecting it to save you money on your electric bill, you’ll be sadly disappointed. But if you treat it like a fun science project to tinker around with, you might like it and it will keep you busy for a little while.

What do you think? Does HoJo Motor work or not?