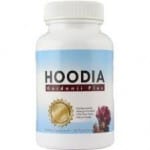 In 2003, Hoodia Gordonii was introduced to the world thanks to a BBC report. Suggested to me an all natural appetite suppressant, the reports made it as far as the United States the next year when 60 Minutes Correspondent Leslie Stahl traveled with a crew to South Africa, hired a local Bushman to find this miracle cure, then gave it a try.

Stahl claimed to have lost the desire to eat and drink for the remainder of the day. More reports from talk show hosts across the world followed, and this little plant even ended up with a report from Oprah’s magazine. Understanding the plant, though, is the key to deciding if the claims are true.

What Is Hoodia?
Hoodia Gordonii is cactus-like succulent plant that grows in semi-deserts of South Africa. Throughout history, there are endless claims that the San Bushmen of the Kalahari Desert used the plant in order to sustain themselves through long trips across the desert.   The plant itself is really quite interesting. It takes about five years for it to flower and maintain the capacity to be harvested.

Thanks to the media attention, thousands of follow up studies were done, and some of them went so far as to suggest that the extract suppressed hunger in rats when injected directly into the brain. Of the thirteen types of hoodia studied, the active ingredient that is supposed to deter appetite is known as steroidal glycoside, now patented as “p57”. Currently, there have been no official confirmations from the scientific or medical community as a whole that the plant or p57 can successfully suppress the appetite of humans through oral consumption.

Phytopharm, the manufacturer credited to patenting “p57” does cite a test done on eighteen human volunteers, resulting in an average intake of one-thousand less calories per day when consuming diet pills that contained hoodia, compared to the placebo group, which reported regular consumption.  This test was never published, nor was it subjected to a peer review, making its findings substantial, but not scientifically proven.

Along with a lack of scientific publications, the FDA has refused to recognize hoodia as an actual safe, organic dietary supplement.  Despite that, though, these days, hoodia diet pills can be found across the country, and thousands have claimed weight loss success thanks to the plant.

What are the Marketed Benefits Of Hoodia?
After its press debut, hoodia gordonii became a cornerstone for certain American dietary supplement companies.  Supposedly, this all-natural substance can completely block your hunger receptors, leaving you free of cravings. There are several international manufacturers of hoodia diet pills pressing claims that the extract alone does indeed suppress human appetites. This, if consumed correctly, could lead to massive weight loss for millions of overweight individuals.

Many companies are running in to walls with their marketing, though, as the industry is becoming burdened with lawsuits. Apparently some of pills being marketed actually lack the active ingredient known as “p57”, and therefore have no natural effect on human appetites. It can be found quite prevalently in natural and health food stores, online and in actual storefronts, in the form of pills, powder, and tea.

So Does Hoodia Gordonii Really Work?

This cactus-like plant, indigenous to the semi-deserts of South Africa and surrounded by claims that it has been used for hundreds of years by the San Bushmen to suppress appetite is still surrounded by a cloud of doubt.  While injecting it directly in the appetite center of a rat brain it does seem to curb the need to eat, there is still no conclusive scientific publication suggesting similar effects through human consumption.

The eighteen human volunteers seem to have answered the question for Phytopharm, but no official statements have been made.  While Leslie Stahl of 60 Minutes and her crew felt that they experienced the answer as well, the lack of official documentation remains.

Dietary marketing companies have made their minds up too, as have organic health proponents and natural food stores.  Even so, the question of whether Hoodia Gordonii truly works for the everyday consumer remains, and probably will until the scientific and medical communities get on board.

What Do You Think? Does Hoodia Gordonii Really Work?

← Previous Do Fat Burners Really Work?
⚅ back to blog
Next →Does Paid Shopping Really Work?