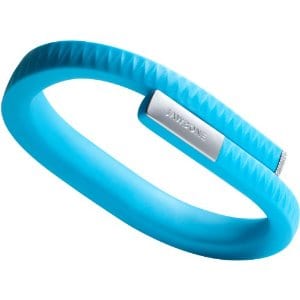 The Jawbone UP is a bracelet which you wear 24 hours a day, and connects to an app that keeps track of your sleeping and activity throughout the day. Users say it does a good job of sticking with them both day and night, but what about the feedback it provides, can it help you lead a healthier life?

Overview
Tracking your activity and getting objective feedback from a piece of technology is an alluring proposition. The mind can play tricks on you, and you might think that you are working out more than you are, or less than you are if you don’t keep track perfectly. Also, there’s not really a good way to track your sleep without the assistance of a device like this.

The Claim
The makers of Jawbone UP say that you can know yourself better by wearing their gadget. By tracking your sleep they say you can wake up feeling refreshed and ready to go. They also say that by quantifying your daily actions throughout the day you’ll give yourself more credit for the things you’re already doing. They also claim that their app can keep track of the food you’re eating, and help you make better food choices.

The Hype
There are currently about half a dozen of these types of wearable tracking gizmos, and they’re all vying to be the top seller. They all obviously believe that at some point in the near future we’ll all be wearing something like this in order to keep track of all of the things that we do each day, and as we go along they’ll likely add more and more features until it’s tracking vital signs, whether we’re in an acid or alkaline state, how toxic we are, and more.

The Cost
The Jawbone Up is $130, so it’s a little pricier than other products like the FitBit or the BodyBugg. There are no ongoing monthly charges to use the app and see your data, like there is with the BodyBugg. It’s also just one device, so you don’t have to worry about buying any secondary gadgets to wear or use. It syncs up by simply plugging it into your phone.

The Commitment
Aside from the hands-on involvement of logging the food items you eat during the day, the rest is pretty set-and-forget, so you can just have it on and basically forget about it. Forgetting that you’re wearing it at night is important, so that you can get accurate sleep data. And having it on throughout the day can actually get you moving around more. You’ll be more conscious of excessive down time and will be more apt to get up and get moving.

Evaluation
The Jawbone UP is loaded with features, and you can tell that a lot of work went into the concept and design, how it functions and what it can do. The foam coating makes it softer to the touch and easier to wear all day and night. The 10 day battery life means that you won’t have to be incessantly bothered with taking it off to charge it up.

Perhaps one day they’ll have an internally embedded tracking device that can record the foods we’re eating as we eat them, but until then you’ll have to be actively involved in getting it done. You’ll need to take pictures or scan barcodes of the things that enter your system, and their app will help you determine how many calories it contains.

The UP by Jawbone works, the question is for how long. Apparently they had some major issues wiht their first generation model, and attempted to fix them with their second generation. Most companies would have simply closed up shop but they didn’t, they stuck with it and released a new and improved version. If you were to buy one today you would be getting that next generation model, which by most accounts does what it says it can do.

If you’re not really a fitness buff and want a device that can track all of the different areas of your life, this seems to be the way to go. Some of the features are invaluable, like being able to be woken according to your sleep patterns and not just an abrasive alarm that goes off a certain time. Also, being able to take a short power nap based on when you fall asleep and using your nighttime patterns to wake you up at the optimal time can help you be more effective through your day.

Our Recommendation
With so many other options to choose from, this decision can be a tricky one. And since they’re all clocking in around the $100 price point it’s not something you want to get wrong too many times. It’s a matter of lining yourself up with the gadget that does more of what you’re looking for, and presents your data in a way that makes sense to you. The FitBit model is more fitness intensive, and maps out your data in fun ways like with games and by showing you cute equivalents of what your accomplishments could mean.

The UP is more of an overall device that shows you your results in graph form, and would appeal to those that want a snapshot of their entire life at a glance. When the FitBit Flex hits the market it will likely be a serious contender for the UP, but it will still lack key features like being able to track your food intake.

What do you think? Does the Jawbone UP work or not?

Customer Review on “Does the Jawbone UP Really Work?”