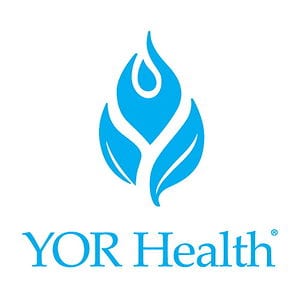 Overview
It’s easy to get caught up any ideas that you could find a health product that actually helps to make you feel great, and then use that product to change your financial outlook. Technically, if you did find a product that you liked, and got results from, it would make you the perfect spokesperson for the company. But in the real world that’s a pretty big if.

The Claim
The claims being made are nothing you haven’t seen before if you’ve looked at any sort of network marketing opportunity. Yo make X amount of dollars if you recruit Y number of people and they each sell Z amount of product. Of course you also have to buy a minimum amount of the product yourself to qualify for all of the income streams available. Most of the claims rely on hypotheticals, and very rarely do they translate cleanly when put into practice. The claims need to be made, or no one would sign up, and they need to basically promise the American Dream, or no one would put good money down on it.

The Hype
Hype is the name of the game when it comes to getting you to join on with a multilevel marketing opportunity. You’ll see it in the form of rah rah rallies and cult-like behavior from rabid representatives trying to get you excited for it. It’s very easy to get swept up in this sort of hysteria, but it’s important to remember that you very rarely get something for nothing and often the effort and work required is understated.

The Cost
If you want to become a member you’ll not only have to buy YOR Health products monthly, but they also have marketing materials for you to buy to help you explain the products to potential customers. You have to reach a certain Point Value (PV) in order to qualify for bonuses and commissions for the things you sell, as well as for what your downline produces. If you don’t hit the right PV numbers you’ll miss out on commissions for that month. That’s how they scare you into buying each month, so you don’t lose any potential commission.

The Information Is Out There
One important thing to note about YOR is that they are pretty transparent about what it is they’re promising in the way of cash and prizes and how you qualify for each level. It’s broken down in gritty detail, but the thing is that it doesn’t make a strong case for feasibly being able to make the sort of money that would make this worthwhile, even with a hearty amount of time and effort put into it. MLM is supposed to be less risky than starting on your own, because you’re supposed to be able to plug into a pre-existing system that works, but from what we’ve seen it seems pretty hard for the average person to rise through the ranks and make real money.

Evaluation
The income disclosure says enough to make you want to turn your back on YOR Health and run in that direction. It’s like a microcosm of the 1% and the 99% and if graphed out would look just like a pyramid. The base would be made up of the roughly 50 percent of the members that make a paltry $1000 or so a year, and at the tip of the pyramid would be the Royal White Diamond members that pull in a cool million. But don’t forget that the vast majority don’t get paid any commissions at all, and they form the true foundation for the pyramid to exist at all.

It’s obvious that there is a link between the former pyramid scheme 2by2.net and YOR, because the domain is still affiliated with the YOR Health website. Why go with a business opportunity that has such a sordid history? There are also blatant signs that the majority of people aren’t even making anything close to a part-time income with this, based on the figures released by the company about how much their members are earning on an annual basis. It’s not even enough to call it a hobby business.

Overall YOR Health is getting our Thumbs Down rating, based on its checkered past, and no reliable data that shows it works, either the products or the business opportunity. At this point we’ve looked at dozens of similar “opportunities” like these, and there are some that are centered around products that make a stronger case than these do. There are also plenty of companies out there that aren’t affiliated with top executives that have been sued by the FTC and lost in relation to obvious pyramid scams. Better opportunities exist, and you should seek them out.

Our Recommendation
Most people that will try to convince you that multilevel marketing is a good opportunity are already in an MLM business and drinking the Kool Aid. Of course they have to tell you it’s a good idea because they want you in their downline. The only time it really works for someone is if they have an unfailing conviction that the product is great, and the product lives up to the claims being made.

What do you think? Does YOR Health work or not?

← Previous Does ZzzQuil Really Work?
⚅ back to blog
Next →Does the Jawbone UP Really Work?