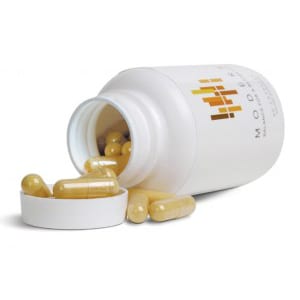 Moder8 is an all-natural product that is designed to calm you down and help you be able to drink reasonably without taking things too far. This would be music to the ears for those that can’t seem to get a handle on their problem drinking, but it would only be a miracle product if it really works.

Overview
Alcoholism is not something to take lightly, and if you’ve noticed that your drinking has become a problem, it’s definitely time to do something about it. Aside from all of the drama it causes in your life, it’s taking a toll on your liver, one of the most important organs in your body for sustaining life. If you’ve tried other methods and they haven’t worked, you may be looking for something new to try.

The Claim
The creators of Moder8 say that this is a better alternative or even a replacement for treatments like Alcoholics Anonymous or rehab. That’s a pretty bold claim seeing how these two methods have a proven track record of success, and are time-tested. They say it works by introducing the right amino acids into the body, the ones that are responsible for controlling alcohol cravings. They say it attacks the problem in two ways, by helping you feel less stressed, and by helping to curb binge drinking that is the cause of the problem.

The Hype
Alcohol abuse is a very serious problem, and a product that can help with it will definitely turn some heads. While this supplement has not hit the mainstream consciousness even after being on the market for a few years, it still has the potential to garner some buzz, and if it could muster up some positive word of mouth advertising it may become the next big thing in alcohol abuse prevention.

The Cost
One month of Moder8 is $34, or you can go with a 3 month supply for $80. The best value is on a six month supply at $150, which brings your per bottle price down to $25. Read further to see why we’re saying this isn’t a product that you’d want to use for the long term. All packages come with a workbook so that you can journal your experiences, and when you order the 3 month supply you’re getting access to their support forum.

The Commitment
The real draw to this is that it should help with your drinking problem by simply taking the pills as directed. The thought of not having to go to AA meetings or make a melodrama out of things is very appealing. If it works as directed you’d be able to drink in social settings, and without the fear of overdoing it and making a spectacle of yourself. So if it is effective it would represent less commitment than more traditional treatments require, but of course you would be committing to making repeat purchases to keep a supply of pills on hand.

Evaluation
Drinking in moderation is seen as a somewhat risky proposition for those that suffer from alcohol abuse. Most try to totally abstain because they know that the compulsive nature of the problem leads them to drink more if they have one drink. But this is where Moder8 is hoping to step in. The theory is that by taking these pills you’ll be able to successfully drink in moderation so you don’t have to exclude yourself from social situations, or go through the withdrawal symptoms that come with total abstinence.

It’s important to note that each person is different, and the severity of each drinking problem varies. Some will be able to drink in moderation with the help of a supplement like this, whether it’s a placebo effect or whether it really is doing what it says. Others will try to use this, and attempt to drink in moderation but still resort to their old ways. It would be hard to make a product that worked for each person every time and got 100% positive feedback. It’s up to you to determine whether you feel this will assist you in only having one or two drinks and then stopping.

While Moder8 may help with some people, it doesn’t represent a long-term solution for the problem of alcohol abuse. You don’t want to have to take these pills for the rest of your life just to control your drinking. Support groups and traditional treatment help you to kick the problem without the use of supplements and other drugs so that your body can adjust naturally. That being said, it may represent a short-term solution, and could help you get over the hump as far as curbing your consumption of alcohol. Just be sure to have an exit strategy in place so that you can wean yourself from the pills and don’t have to be on them indefinitely.

Our Recommendation
A combination of traditional treatments in addition to newer, more cutting edge supplements like this will help you to bring the fight to your problem in more than one way. If you’ve tried other ways and they haven’t worked it’s a matter of trying something new to see if it has an effect. But don’t buy into the thought that there’s a magic pill out there that will completely solve your problem. It will still take work and effort on your part to make sure that you can drink alcohol without making it a big deal.

What do you think? Does Moder8 work or not?

← Previous Does Callous Clear Really Work?
⚅ back to blog
Next →Does ROBO iHome Really Work?