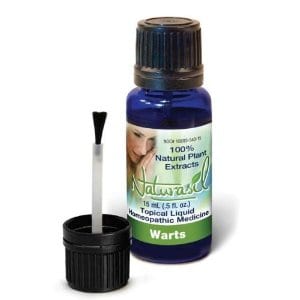 Naturasil Skin Tag Remover is an essential oil that is supposed to be able to take off skin tags without the typical drawbacks of other removal methods. If you’ve been considering your different options, then you have probably noticed that there isn’t a really great way to have them taken off. So is this the best possible solution?

Overview
If you’ve got a skin tag, you probably have another one. They seem to pop up in groups and this can be a little much to have to deal with. After getting them checked out by a dermatologist – they’re typically nothing to worry about but you want to be sure nonetheless – you’ll have the option of getting them professionally removed, or handling them on your own. A lot of people opt for self treatment because it can start to add up getting them individually removed.

The Claim
Naturasil claims that their skin tag remover will get rid of your skin tags without causing pain, without leaving a scar, and without using ingredients that can be harmful to your surrounding skin. They say it uses an essential oil that is concentrated so that it still is effective while not being irritating. They say your skin tag will simply flake away at some point. They also caution that this is only meant to be used on skin tags and not on other skin problems.

The Hype
Skin tag removal is all the rage these days, with several products competing to be the one that people opt for when they are trying to get rid of them. Since they are a harmless skin flaw, it makes sense to treat them at home, rather than pay the price of going to the dermatologist. But at the same time, it seems that there are very few products out there that live up to their promises and actually work the majority of the time. The best we’ve seen get mixed reviews, with the worst we’ve seen getting panned by users.

The Cost
A 15ml bottle of Naturasil skin tag remover is $25 with a 30ml size available for $45. If you have multiple tags, or are prone to getting them, it’s best to go with the larger size since you’ll need to us it quite frequently, and you’ll have to apply it several times for each tag.

The Commitment
This is where the trade off of not going to the doctor, not getting a scar, and not feeling any pain comes in. You’re going to have to commit to using this for the long term, even if you don’t see any signs of it working at first. This is hard to do for most people, because it takes an element of blind faith that it’s doing something to get you past the first week.

Evaluation
Naturasil skin tag remover is supposed to work gradually over time, drying up your skin tag until it falls off on its own, without pain, and without leaving a scar. What we’re seeing from users is that the smell is so strong, and so smelly that it’s hard to make this part of your daily routine. The smell allegedly stays with you throughout the day, making it hard to go to work with, and fall asleep with.

Those that have been able to get over the smell are reporting that it still isn’t effective, i.e. it “does nothing” even after weeks and weeks of continual treatment. Not the kind of feedback you want to see, and most people seem bummed more about the time they wasted than the money.

Naturasil Skin Tag Remover is getting our Thumbs Down rating, this stuff is a dud by all measures. They try to make the case for user error, saying that people aren’t using it long enough, but there are dozens of users that tried it for longer than the suggested time and say it doesn’t work. When you add to that list the number of users that claim they couldn’t stick with it due to the awful, lingering smell, it becomes less of a case of if it works or not, and more of a case of if you can use it long enough for it to work.

Our Recommendation
There are plenty of these skin tag removers being sold, and it seems like none of them have the power to get rid of the tags quickly and effectively. It’s nice to think that you could get rid of them without a trip to the doctor, and without leaving a scar, but following a regimen for weeks is daunting for many. We’ve previously reviewed Dermatend, which works quickly, doesn’t leave a scar if you use it right, and doesn’t require reapplying it over a series of weeks to be effective. We recommend checking that out to see if it’s a possible solution first.

What do you think? Does Naturasil Skin Tag Remover work or not?