Most kitchen enthusiasts always have a pet peeve when it comes to removing strong odors from their hands that are as a result of some of the foods that they are preparing. Two famous ones for doing this are garlic and onions. It doesn’t seem to matter what one uses to eliminate the odor there is always a little bit that lingers that can be really irritating. There is a product called Amco Rub that has been specifically designed to deal with this problem.

The Claim
The company that makes Amco Rub really has kept their marketing material simple. They have identified a problem which is definitely true, and then provided a simple solution.

The Hype
No hype is needed as this is a product that is offered by Amco Houseworks which is a well known and trusted name.

The Cost
You can purchase the Amco Rub at Amazon for $8.94 or directly from the Amco Houseworks site for $8.99.

The Commitment
You are definitely going to want to keep a bar of the Amco Rub by the kitchen sink so you can use it immediately after your food preparation. A lot of people keep a bar in the bathroom too.

Evaluation
There is no doubt that Amco Rub has identified and met a need. It has 730 reviews with a 4.5 star rating. It is really interesting to see the feed back from many that originally purchased Amco Rub for its intended purpose but have put it to other uses as well. For example, some people are using to replace their deodorant, while others use it as a shower soap. The indications are that the bar is made from stainless steel which follows in with the concept that if you rub your hands along your stainless steel sink it will do the same job at getting rid of the odors.

We are going to give the Amco Rub a Thumbs Up rating. It has some excellent feed back and the product really does make sense. Also, while it used to only be a few foods that would create nasty odors there are a lot more now that tend to do this. Mostly because many cooks are experimenting with new foods from other countries that also create unique odors that can be hard to remove from the hands.

Our Recommendation
We do suggest that if you are going to try the Amco Rub that you keep it to its intended use. Even though others talk about successes that they have had with it, you are dealing with your skin here. The product is well worth trying as it doesn’t seem to be as nearly aggressive as what some other methods are like soaking your hands in lemon juice to get rid of the odor. This is really drying to the skin. If you are dealing with other types of odors completely unrelated to your hands, like those that are created in the bathroom for example then you may want to check out Bathroom Secret.

What do you think? Does Amco Rub work or not?

← Previous Does the Lucky Break Wishbones Really Work?
⚅ back to blog
Next →Does Flat Belly Overnight Really Work? 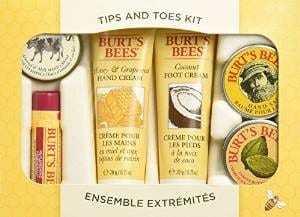