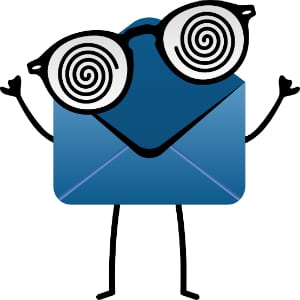 SaneBox says they save the average user 2 hours per week, so the big question is, what is that two hours worth to you? If you’re inundated with emails it’s not just the time consumed by sorting through them all, it’s the frustration and mental fog it creates by trying to deduce which ones are important and which ones aren’t. It can also be a hassle when you miss an important message, or incorrectly delete it or mark it as spam. But does their service really bring sanity back to your inbox?

Overview
So many important, as well as unimportant, messages find their way to your email inbox that it can be a big part of your day just getting to the really good ones that you’re interested in, or that need to be read. While email services are always trying to make things better for us, they seem to be lagging a bit when it comes to letting mail hit our inbox. They also get it wrong sometimes and are overzealous when it comes to saving us from spam. There is definitely a gap in their effectiveness for a company to carve out a service like this. So let’s see if they deliver.

The Claim
SaneBox says that the magic is in their algorithms, and that it knows which emails to filter and which ones to let through. They also say that it can work with whatever email service you’re currently using, and that it doesn’t need any special plugins or add-ons, that it just works. They say it takes less than 30 seconds to sign up.

The Hype
Email is the cornerstone to many people’s day, both for work and for play, so there are some emails that just can’t be missed. They contain the contact information for new clients at work, or the list of things you’re supposed to pick up at the store on your way home. They include messages from friends from across the world, and can even have the dates and times of important meetings, both for business and personal. The hype is that email is really important, and this is designed to make it more effective.

The Cost
SaneBox is $5 if you go monthly, and $55 if you go annually. They have free trial available without the need of a credit card, so you can take it for a spin and see how much time you’re saving and decide if it’s worth the tiny expense each month. Compared to trial offers where you have to enter your billing details first and then remember to call or log in to cancel before they charge you, this is far more preferable, and it shows that they’re pretty confident that their service will prompt you to buy at the end of the trial.

The Commitment
The whole pitch for this service is that it’s going to reduce the amount of time you spend sitting in front of your inbox trying to make heads or tails out of your emails. Setting it up is said to be very easy, and learning to use it is also easy, because it learns about you instead of the other way around.

Evaluation
SaneBox does have some pretty good features, which are worth trying out to see if you like them. One that we liked is their unsubscribe feature. You just drag an email from a sender that you want to stop getting emails from into the unsubscribe icon and that’s the last you’ll hear from them. It’s similar to setting up a filter in Gmail, but much faster.

We also like that it makes sure none of the good emails get caught up with the spam. Have you ever waited for an email only to find that it had been sitting in your Spam folder for hours? It can be really frustrating, and sometimes important emails end up there, like order receipts or verification emails when you’re getting signed up at a new website.

Obviously, the value in this is going to vary from person to person, but the mere fact that you’re looking into it further suggests that you spend enough time on your email per day to justify getting more organized. A person that only passively checks their email a few times per day might not benefit as much, but they also wouldn’t have come across the SaneBox website in an attempt to fix their problem. It’s a good litmus test, if you’re here and reading this you should probably try it out and see how it works for you.

With the free trial in place, we’re giving SaneBox a definite Try rating. There’s nothing to lose here, and you’re able to test out all of their features and see for yourself whether it will be useful. Even if you do half has good as they say their typical user does, that’s still a savings of 4 hours a month which would make it worth it. If it also saves you some headaches that’s the icing on the cake.

Our Recommendation
Try this out and then make up your mind later if it is worth the price or not. You’re never under any commitment to stay on, so even if you like it at first but then later it’s usefulness wanes, you can cancel and stop using it. Most likely though you’ll end up keeping with it, not just because of the low price point, but the value for the dollar is pretty high.

What do you think? Does SaneBox work or not?