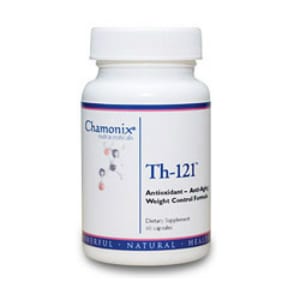 Th-121 should be making waves by now because of its dual claim as being an anti-aging supplement, as well as a catalyst for weight loss. It’s affiliated with the Chamonix company, which primarily makes a line of natural skin care products, which also includes wrinkle treatments, so they should know a thing or two about the aging process. We’re not sure what they’re trying to attempt with this foray into diet pills, but we sized this up for you so you don’t have to.

Overview
It was only a matter of time before someone combined anti-aging with weight loss, the same way they fortuitously mixed chocolate with peanut butter to make a Reese’s Peanut Butter Cup. But although these two goals may sound like they belong together, they really merit their own separate products, and the two for one concept doesn’t really hold water. Anti-aging should actually be a natural byproduct of losing weight and getting more exercise, including lifting weights and building muscle.

The Claim
Th-121 says that it can both help you with your anti-aging pursuits, but also your weight loss goals. The big claim though is that it can do it without making you feel jittery, keeping you up at night, or feeling anxious with heart palpitations. They say it does this because it doesn’t use excessive amounts of stimulants, and doesn’t load you up with caffeine.

Instead, they say it uses antioxidants that are tried and true, like green tea as well as blueberries. They also include more a more controversial ingredient in acai and and a new diet fad in pomegranate. They toss in hyaluronic acid and a dose of Vitamin C for good measure. They say it helps you lose any excessive amounts of body fat you may have, as long as you couple it with a reduction in your daily caloric intake.

The Hype
The hype for this comes from the combining of two ultra-hyped industry. It morphs into some over-the-top Uber-hype, or at least that’s surely what the makers of it hoped for. If you take all of the people that want to lose weight, and all of the people that want to fight the aging process and combine them together, that’s a lot of potential buyers. This has to be a near quote to the strategic meeting that spawned this product.

The Cost
Th-121 is $129 which includes shipping. But that’s a 3 month supply, which brings it back to the realm of similarly priced products in the diet and anti-aging market. The kicker is you get signed on for the auto-ship, auto-bill that everyone hates because everyone forgets about it until the charges show up on their statement, or the product arrives at the door. Especially with this, since it happens 90 days later. Quick, what exactly were you doing 90 days ago? And that’s how they get you. But they make it sound easy enough to cancel, if you can remember, you simply send them an email, or call to update, edit or cancel it entirely.

The Commitment
Unlike many diet pills on the market, they actually tell you that a comprehensive exercise program and a healthy diet are essential for any weight loss you want to achieve. This means you should commit to changing up your lifestyle if you haven’t already done so. Other than that your only other commitment would be to popping two pills twice daily, and stay with it, not missing a dose so that your results have a chance to accumulate.

Evaluation
All signs are pointing to Th-121 not being the wonder pill it claims to be. When you size up the ingredients and study their individual effectiveness, it doesn’t look promising, and nothing is verified to work on an individual level. This makes it hard to believe that these ingredients somehow magically work when combined together. When you combine that with the fact that there’s just not a lot of information provided on the how of how it works, it looks even more doubtful.

We can’t give Th-121 a Try rating, and would recommend against getting involved with it. There are plenty of other products out there that have good peer reviews, a more straightforward ordering process, and a money back guarantee so you’re protected in case it doesn’t work for you. Also, you may have to use two separate product to achieve the goals of weight loss and fighting the signs of aging, but it’s worth the extra effort, and the added expense to get items with a proven track record and some verifiable science behind them.

← Previous Is the Breville 800JEXL Juice Fountain Elite Really that Great?
⚅ back to blog
Next →Does Banital Really Work? 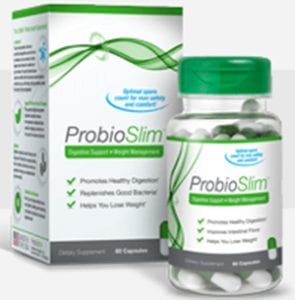