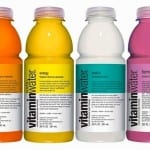 If you’ve followed the meteoric rise of Vitamin Water from a 50 Cent-backed venture to another minion of the Coca Cola company, you’ve wondered if it does what it says it does. Perhaps at one point it did, but you can be sure that there are no healthy benefits to drinking Vitamin Water now, and you can safely avoid it altogether as nothing more than a gimmick.

Overview
By asking if Vitamin Water works, you’re already buying in to the idea that it does something. It’s basically sugar water, so it will work at raising your insulin levels, and that’s about it. It was started innocently enough by a self-proclaimed health guru over a decade ago. Back then it probably was a good product, and maybe even provided some sort of health benefit from drinking it.

But that was before the Coca Cola company came along and sucked the life out of it. That’s what most every multi-national conglomerate will do to a product that has built up any amount of consumer confidence. They’ll abuse that confidence, take the product, boil it down to its simplest parts, and replace those parts with the cheapest they can find, all in the name of profits and shareholder dividends.

The Claim
Each Vitamin Water has a cleverly crafted name and a supposed benefit that goes along with it. For example Smart Water supposedly has electrolytes in it that will make you… smarter? Revive is supposed to contain Vitamin C and Potassium and “revive” you from things you need to be revived from.

The Hype
The hype comes in the form that a soft drink will give you any sort of benefit other than possibly quenching your thirst. It also comes in the form of 50 Cent creating and marketing the product, making it a “cool” beverage to be seen drinking.

The Cost
For what it is, bottled water, Vitamin Water is overly priced. This is where they make their money, from strong brand recognition and a consumer belief that it’s more nutritious than just plain water.

The Commitment
Just drink Vitamin Water. Since it’s super sugary it’s easy to do. It tastes like Kool Aid and who doesn’t like that? The commitment level is so low on this product claim that it’s almost no commitment at all. Remember that any product that claims benefits with very little or zero commitment, is probably a sham.

Evaluation
The concept of Vitamin Water is flawless. By getting people to believe that it has any sort of special ingredients, giving them any sort of special effects, other than a perceived effect, is pure genius. The consumer is very naive, and will believe most anything if it’s flashy and sounds reasonable. When given a choice between regular water and “enhanced” water, they’ll choose the enhanced variety every time, and even pay extra for it.

So, Is Vitamin Water Good for You or Not?

No. Vitamin Water is sugar water with really well designed marketing and packaging. The very fact that they’ve gotten you to ask this question is proof of their power. The best you’ll get from Vitamin water is a sugar high, which you can perceive as anything ranging from extra energy to increased stamina. It’s all placebo effect and it’s all due to clever marketing, celebrity endorsements, and hypnotic packaging and image.

Our Recommendation
You can safely avoid the extra cost of Vitamin Water and just drink regular, good old-fashioned bottled water, or filtered water from your tap. Don’t be deceived by these sorts of products, especially when they’re owned by the Coca Cola company. You can be sure that any sort of nutritional benefit from them has long been replaced by chemical substitutes in order to get a bigger return on their investment, so people like Warren Buffet get just a little bit richer. They aren’t in business to do you a favor, just to get you to spend the extra buck for doctored tap water.

What do you think? Does Vitamin Water really work?

← Previous Is V8 Juice Packed Full of Vitamins & Antioxidants?
⚅ back to blog
Next →Does Anger Management Really Work?