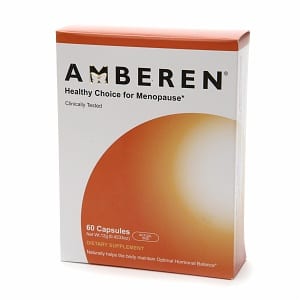 Amberen is a natural menopause treatment option for those looking to avoid using HRT to bring their body back into hormonal alignment. It says it’s effective for some of the most common complaints women have when it comes to this phase in their lives, and for this reason it’s getting its share of attention. But how well does it work for real women that have tried it and reported back?

Overview
The problem with the treatments that modern science currently offers for menopausal women is that it comes with a list of adverse side effects, some of which outdo the problems that are being treated. That’s why many are searching for ways to help ease this transition and make it so they can get their quality of life back to the way it was.

The Claim
Amberen claims that you can free yourself from the unwanted side effects of menopause with their all natural solution. They say it’s effective on such symptoms as hot flashes, sleepless nights, being irritable, and having a low libido. They also put a strong emphasis on it being able to help you lose weight, since weight gain is something many women experience during this time.

The Hype
The number of women that are experiencing perimenopause and menopause is climbing each year as the baby boomer generation hits that time in their lives. Because of this you can expect to see more attention given to possible solutions since the market is growing and will continue to grow for about the next decade. Shows like Dr. Oz and The Doctors also serve as hype-generators because they’ll features various products in a segment talking about natural remedies for menopause.

The Cost
The cost for a 30 day supply of Amberen is $50, but they really pull for a 90 day trial giving you three for the price of two and backing it up with a 30 day guarantee or your money back. The way this works is you simply return the two unused packs and they refund the $100. Shipping is $8 so if you end up not liking it you’d be out the $8 shipping plus whatever you incur to ship back the remaining 2 boxes. They suggest shipping USPS so it should be reasonable. When looking at your different treatment options, $100 every three months is quite reasonable if the results justify staying on with it.

The Commitment
The commitment level will vary depeding on what you compare this against. It’s an all-natural cure, so it might take longer to take effect than a prescription from your doctor. That’s typically the trade off when you go the natural route over a pharmaceutical fix, since what you’re getting is hopefully less side effects, and a more long-term solution. In the case of Amberen they seem to be pretty confident that you’ll see results in the first month because that’s how long they give you for a trial period. With all-natural health products it’s not unusual to see companies give consumers 60 or 90 days, or even 6 months to try it out risk-free since they want people to give it a fair evaluation and not return it prematurely. It’s in their best interest to provide quick results or they risk getting a lot of returns.

Ingredients and Development
Amberen uses a proprietary blend of ingredients, but details each of them on its ingredients page. They say that this is 30 years in the making, but they reference an experiment done in 1971 and try to make a correlation to that being the first time Amberen was tested, but that project was unrelated to Amberen, and they are only saying that research into being able to reverse the menopause process was started back then. One might call it a precursor to Amberen’s development, but calling it an early prototype goes a bit far.

For Weight Loss
If you’re getting Amberen specifically for the weight loss claims it makes, you might want to think twice. In this area the reviews are a bit more skewed, with many women saying it didn’t do anything for their weight, and others saying that they continued to gain while on it. It’s one of the features that doesn’t quite stand up to scrutiny as the other claims made, such as night sweats and irritability. They include an eating guide for women over 40, as well as a special menu, which may help you lose weight, but those results shouldn’t be confused with simply taking the pills.

Amberen gets its fair share of mixed reviews, which is why we’re labeling it a Solid Try. While there are a considerable amount of users that said it didn’t do anything for them, there are also a large number that say it has. Creating a product that is 100% effective for all women with varying degrees of symptoms for both perimenopause and menopause would be pretty incredible. In a situation like this you’re looking for proof that it can work, and then it’s a matter of seeing if it works for you, rather than looking for definitive proof that it works every time for all women.

Our Recommendation
Since it’s a possible all natural way to help with menopausal symptoms and there’s little risk in trying it out, we recommend giving it a go if you’re looking to avoid hormone replacement therapy. Many women have sounded off on this saying that it has helped relieve several of their symptoms. If it can live up to just some of the promises, it would be worth the $1 per day to be on it and enjoy the benefits it does provide. If it turns out that it has no effect on you, it’s simple enough to stop using it and get your money back on your initial purchase. We recently reviewed Estroven, a competing all-natural product with similar claims, so be sure to check both out before making your final decision. It scored our Thumbs Up rating due to the high number of satisfied users.

What do you think? Does Amberen work or not?

← Previous Does The Scoop Coffee Maker Really Work?
⚅ back to blog
Next →Does Febreze Really Work? 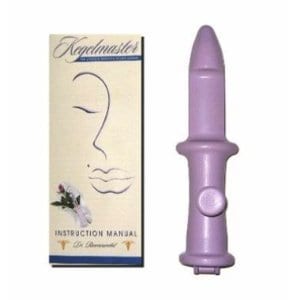 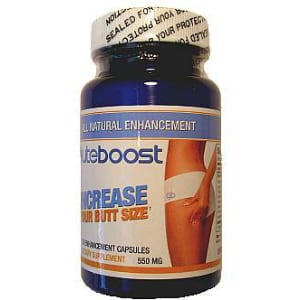 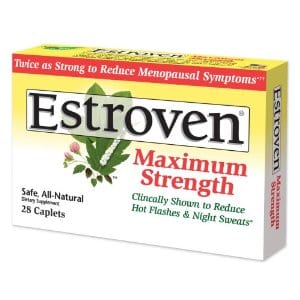