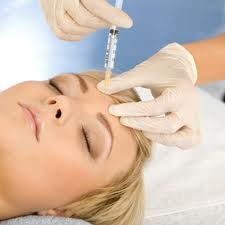 If you’re considering getting BOTOX and want to be sure that it works before you spend the money on it, here is a rundown of what you’re in store for when you have it done.

Overview
Aging is a part of life, but most people don’t want to let on that they’ve started to take on some wrinkles. They’ll do whatever it takes to make sure they look their best, even into their golden years. BOTOX is when quick way used by many to turn back several years in a matter of minutes. It involves injections directly at the source of the wrinkles, and therefore bypasses any waiting around for results or treating the entire face such as with microdermabrasion.

The Claim
The major claim that’s made by proponents of BOTOX is that it can get rid of fine lines and even deeper wrinkles nearly instantly. It’s used on the forehead area the most, getting rid of the brow lines that occur from furrowing your brow. But it is also used to treat crows feet, and can be used to get rid of what are known as the 11 lines on the forehead, above where the eyebrows meet.

The Hype
Celebrities offer plenty of hype for BOTOX and cosmetic treatments in general. They showcase both the good and the bad aspects, and you can find botched BOTOX job pics for some of your favorite actors and actresses. You’ll also notice that some of them can’t make facial expressions anymore because the BOTOX stays stationary when they give inquisitive or surprised looks. Their foreheads might also look artificial, like it’s suspiciously wrinkle-free for someone of that age.

The Cost
BOTOX treatments can be expensive, and the fact that they aren’t permanent means that you’ll have to keep returning to have them done. The exact cost varies depending on the amount of work you want done, and the areas you’re treating, as well as your demographics and the specific surgeon you’re going with. It’s a good idea to get local quotes in your area, and then size up the costs over the long term to other treatment options like face lifts, or sound wave therapy. Be sure to take into consideration not just the one-time cost of the procedure, but also the ongoing cost of keeping the appearance going.

The Commitment
The nice thing about BOTOX is you don’t really have to commit to too much once you’ve paid for it. It’s an outpatient procedure and the pain is considered minimal compared to other facial treatments. Of course there is always the risk of complications arising, so you are taking on some risk with the procedure, but it is usually thought of as minimal, and the large majority of cases go well.

Evaluation
A high quality plastic surgeon will tell you straight up if you’re a good candidate for BOTOX, and will lay out all of the information that you need to know in order to make an educated decision. The best thing you can do is weigh this advice objectively. Hopefully you won’t get the feeling like you’re being sold on getting it done, and if you do get that feeling you should go with a different doctor that isn’t pushing it on you.

If you find a BOTOX happy doctor that doesn’t offer any other alternatives, you should also consider someone else. Often there are plenty of different treatments available, BOTOX just happens to be the easiest one to administer, and it insures that you’ll be back for more at a later date. But cutting edge doctors should be aware of other methods, like using sound waves to help rejuvenate the skin. Make sure you go with a doctor that is not a one trick pony.

There’s little doubt that BOTOX provides the desired results for the majority of people that use it. It’s been successfully used for years now. The question is more along the lines of are you willing to take the risk of it not working out for you. There are cases of botched BOTOX injections, but that isn’t so much the fault of the material being used, as it is the person that is administering it. You can cut down the risk of having a bad procedure by going with a well-respected plastic surgeon with several successful procedures under their belt.

Our Recommendation
You should seriously consider the pros and cons before going through with any cosmetic procedure. Consulting with at least two plastic surgeons before getting any work done is recommended. This way you can see if they’re both in agreement, and both saying the same thing. If there is a difference of opinion you can seek out a third surgeon to break the tie or offer an additional way of looking at the situation.

What do you think? Does BOTOX work or not?

← Previous Does DDP Yoga Really Work?
⚅ back to blog
Next →Does the Hydro Rug Really Work?