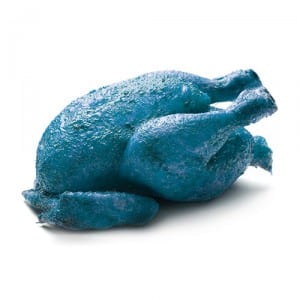 IF you’ve ever tried to quick smoking by just plain stopping, you’ve given the cold turkey method a try. This involves completely stopping smoking without the use of a patch or any medication, nor any naturally based replacement in lieu of the nicotine. You just pick a day, draw your line in the sand, and say that’s it, no more smoking. But how does this method stack up to getting assistance from other drugs or stop smoking aids? We did the research and are here to report.

Overview
Most people think that going cold turkey is only for those with an iron will. Since the name applies to other things besides smoking like heroin and other hard drugs, alcohol, and even minor things like giving up chocolate, it can be serious stuff. It’s true that you may experience more withdrawal symptoms if you just stop smoking and don’t attempt to replace the substances in cigarettes with anything else. But these are hardly ever life-threatening, and so going cold turkey is not something you should just dismiss from the start.

The Claim
The claim by many smoking cessation experts is that some form of cold turkey is the most successful way to kick the habit once and for all. They claim that other methods, such as getting a prescription drug from your doctor, are proven again and again to not be as effective as just quitting on your own. This makes sense because you do have to make a very strong decision if you plan on going it alone, and therefore your resolve will be stronger than someone who just limps in and gives it a try.

The Cost
One of the biggest positives to going cold turkey is that it doesn’t cost anything, and you can get started right away. Joel Spitzer says the reason that you don’t see this method get promoted more is because there’s no profit in it, so companies try to come up with all sorts of different kits and programs in an effort to make you believe that you need some key in order to help you unlock the door to no more smoking.

The Commitment
Your level of commitment should be very high if you expect to be able to just walk away from cigarettes. Nicotine is a rather powerfully addictive substance and, while you may not have cold sweats and shaking fits like a heroin or cocaine addict, you will have very strong cravings, and have intense urges to revert back to your old ways.

A Big Decision
It’s good to examine all of your options when you’ve decided to stop smoking. Perhaps you’ve tried going cold turkey in the past, and that led you to try several different programs, which didn’t work and now you’ve come full circle to wondering if going cold turkey is really the answer.

Or maybe you’ve never tried going cold turkey, but you just believe that you couldn’t do it if you tried. They say that one of the biggest hurdles you’ll have to get over when trying to quit is your belief level. Many smoking just don’t believe that they’ll be able to quit, and that makes it so.

Once you’ve decided on an plan, stick to it. If you go cold turkey and it only lasts a day, that’s fine. Do it again. Maybe the next time you’ll be able to go 2 or 3 days before your next cigarette. That’s fine too, just keep trying again and again. Eventually you’ll be able to go indefinitely, and at that point you can consider yourself a non-smoker.

Gaining Weight
They say that if you go cold turkey you might gain weight because you’ll start eating more as a side effect to not having a cigarette in your hands all the time. This is fine because after you quit smoking you can focus your attention on losing the weight you put on and getting healthier. Don’t try to quit smoking and start dieting at the same time. You’ll go insane.

Judging purely by the statistics when compared with other smoking cessation programs, going cold turkey has a far better success rate overall. This does not mean that you’ll be able to quit the first time every time, in fact you have to expect it will take you a few times at least. But you have to continue to keep trying, because you’ll eventually wear yourself down to the point where you have had enough, and you will finally quit once and for all.

Our Recommendation
Come down hard on your habit and keep smashing it until it’s gone. A barrage of attempts will usually produce results, whether you decide to go cold turkey, or using a stop smoking aid. Just keep plugging away at it and eventually your brain and body will have had enough of the trying and will finally cave to your wishes. Most people give up too soon, when they might have succeeded on the next attempt.

What do you think? Does Going Cold Turkey work or not?