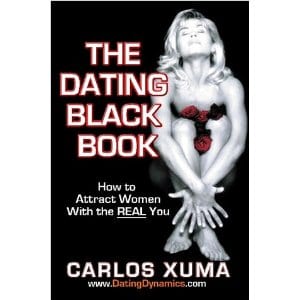 The Dating Black Book has gotten a lot of attention as being one of the go-to resources for dating in the 21st century. It seems that no matter how great you are at dating, you could always stand to be a little better. But it’s hard to gauge what sort of information you’re getting, because all of these sort of guides make the same promises. That’s why we went further into this to figure out what’s really included here.

Overview
The dating scene can be brutal, and if you’re only going with your own self-developed strategy, you are starting off with two strikes against you. Today’s women have seen and heard it all, so unless you come in with an organized strategy, you are relying on your past experience and a whole lot of dumb luck. If you’re serious about meeting and dating a quality woman, it’s almost essential to get an idea of what to do, and customize it to fit your own unique personality.

The Claim
The Dating Black Book claims that it can help you identify a few of the types of women that you’d want to avoid, as well as the ones that you’d want to pursue further. It also says that it can help you avoid the common mistakes that are often employed by misled guys in the dating world. It says it can show you where to meet the women you want, and how to pick them up without cheesy pickup lines and games.

The Hype
There is always hype involved when you’re talking about foolproof methods to picking up attractive women. There’s no way to quantify how a specific woman will react, and no way to guarantee that any one tactic or series of tactics will work with every woman, every time. There are too many variables involved, namely that it’s a person you’re talking about and not an object or an animal. Also, there is the giant X factor of how well you’re going to be able to apply what you learn, and deliver it in a way that doesn’t sound phony or fake.

The Cost
Dating Black Book has an online version that comes with the book, audios, and a host of other bonuses for $77. You can also pick up the book by itself for $50 on Amazon.

The Commitment
Most guys want a quick fix on this one. That would be akin to having the genie from Aladdin come through and grant you a wish. But even he said he couldn’t make people fall in love with you because of free will. So you have to commit to staying with this for the long term, focus on learning and applying one or two nuggets of information each day. It’s probably years of bad habits you’ve picked up that are screwing up your chances now, so a lot of it is unlearning and getting reprogrammed on how to do things the right way.

Evaluation
The Dating Black Book is definitely full of some useful information. For some it might just be reinforcing things that they already know, for others it will have some enlightening info that can help take things to the next level. It’s important to remember that it’s not a race or a competition, and what one guy might consider an epiphany, another guy might have already learned it in the real world. It’s all about continuing on with your journey, and your path, and putting things to use so that you can upgrade your own experience.

As far as this book being helpful, and containing things that you could actually try, we’d have to say that it is, and it does. Of course there will be things in here that you never thought you’d do, and maybe some things that you aren’t comfortable trying. But it’s that comfort zone that will doom you to always have what you’ve always had. If you want new things you have to do new things, so don’t be afraid to put your neck out there, backed by the comfort of following a guide and not just free-balling it.

The Dating Black Book is getting our Try rating, based on positive feedback from those that have tried it, as well as being able to provide a solid grounding on the dating world and what women want, and more importantly what they don’t want. If you’ve wanted a flashlight to help navigate the murky depths of the dating scene, this is something that can help you figure out what you’re doing, and what you’re doing wrong. Not doing this wrong things is often even more helpful that doing the right things. It separates you from all of those guys that goof again and again.

Our Recommendation
The bottom line is that you have to do something. There is a quote from Lao Tzu that says “If you do not change direction, you may end up where you are heading.” If you are heading towards a dead end of loneliness and frustration, all that’s needed is to change direction. It doesn’t have to be an overhaul, even a slight shift can put you in a whole new place. The important thing to remember is that there’s no shame in learning about this, because no one is born with an innate ability to date effectively. It’s something all people have learned so learn from someone that has learned well themselves.

What do you think? Does the Dating Black Book work or not?

← Previous Does AttenGo Really Work?
⚅ back to blog
Next →Does the South Beach Diet Really Work?

Customer Review on “Does the Dating Black Book Really Work?”