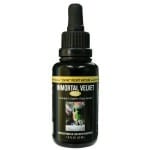 Deer Antler Spray is being used more and more in the western world as an alternative to steroids. This enhancement supplement is an Asian medicine and is non-detectable in urine tests. Making it natural, effective, and discrete.

It is believed that Deer Antler Spray stimulates the metabolism, improves heart condition, strengthens the immune system and can even help with tissue repair.

The Claim
Deer Antler Spray has claimed to be a safe alternative to steroids. It is an insulin-like growth supplement, which is barely detectable in urine tests, which is making it so popular.

A study involving thirty two weight lifters found a four per cent increase on bench presses when the lifters took the spray which is popped under the tongue. This is considered a significant improvement by scientists conducting the study.

It’s good to know before use that this spray is not recognized by the FDA and the major league baseball has warned players against using this product.

The Hype
While athletes all over the world are turning to this non detectable steroid alternative which is making some companies a small fortune, they don’t realize that some athletes are still testing positive for steroids while using the deer antler spray.

The positive results in urine tests are caused by the methyl testosterone and other banned substances contained in the spray, so while you may not test positive for steroids, further testing may get you banned anyway. You need to decide whether it’s worth the risk or not.

The Commitment
Every athlete wants to be at their best with many of them turning to steroids out of desperation. Steroids offer some nasty side effects, where very few are found in deer antler spray which is taken from male deer in New Zealand.

The deer antler spray is sold at discrete and effective and completely natural, but you have to wonder how they find methyl testosterone in the urine, that’s not very natural or discrete, is it?

Being a committed athlete means that you will try new things that guarantee to enhance your performance, but ensure that you have done all your homework before trying deer antler spray. It may reduce your overall performance and result in you being banned due to the fact that it is detectable in some urine tests.

Evaluation
Evaluating the feedback listed by athletes using deer antler spray, it’s fair to say that there are notable improvements in their performance. This is not guaranteed, as every athlete is different.

If it really does improve your immune system, help with damaged tissue, strengthen the heart and stimulate metabolism then it may be a good choice for body builders and weight lifters, but for athletes that need to run for extended periods there are no guarantees that your performance will improve.

The biggest concern is that it is not recognized by the FDA and if you’re a professional athlete you don’t want to take risks with your well-being. The other concern is that while it’s offered as non-detectable in urine testing, there have been several athletes where they have tested positive while using this supplement.

The answer has to be yes, it works. This is taken on the many positive reviews given for this supplement. It’s affordable and cost effective compared to steroids and offers a desired result when losing fat and increasing muscle.

It’s believed to help in a number of health areas such as metabolism, heart and immune system and if it does increase tissue repair, it’s a worthwhile supplement for any athlete.

If you’re willing to take the risk and hope that you don’t test positive during a urine test, then this supplement may be just what you are looking for when it comes to a steroid alternative.

Recommendation
It’s difficult to recommend something that is not FDA approved and that has had warnings from MLS, but on the other hand there is scientific proof that it has made a significant improvement in weight lifters.

While it cannot be detected in urine tests, you can still test positive for methyl testosterone and other banned substances, so bear that in mind when making the decision of whether to try this steroid alternative or not.

What do you think? Does Deer Antler Spray work?

← Previous Does the Air Climber Really Work?
⚅ back to blog
Next →Does African Mango Really Work?