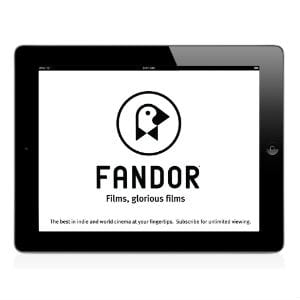 Fandor is a website that hosts an impressive amount of independent films and obscure movies not typically found on some of the more mainstream video sources. But does this service really provide the goods, and can you really get access to the lesser-known quality films Hollywood overlooks?

Overview
If you’ve been looking for a way to unplug from the mainstream Hollywood hits and discover the films that go largely overlooked but tell a great story, it’s not the easiest thing in the world. First you have to figure out which films are actually worth watching, and then you have to figure out how you’re going to view them since most video services are not going to carry them. A site like Netflix is going to carry films that the majority of people are going to know about and want to watch.

The Claim
One claim made by Fandor is that they watch every movie, no matter how low-budget, and bring you the diamonds in the rough. They present themselves as sort of tour guide into the world of independent and international films, the kind you won’t see running at the local megaplex, but quality films nonetheless that you won’t regret having watched.

The Hype
There isn’t a lot of hype here, since there is a virtual world of movies that never make the mainstream, but are still solid offerings even though nobody knows about them. This seems to be a valid service because the independent film genre tends to be pretty inaccessible to many, since there are so many films it makes it hard to even know about them, let alone know which ones are worth your time.

The Cost
They give you two weeks for free, and if you like what you’re seeing after that is’ $!0 a month. That puts it at $2 more than a Netflix or Hulu Plus membership, but the idea is that you’re getting movies that you can’t really get anywhere else, all in one place.

The Commitment
For the monthly price you can watch as many videos as you want and you’re not under any obligation to continue on with the service, or locked into a long term commitment. In this regard it functions similar to other video streaming services where you pay a monthly price and are able to watch any movies from the library.

Evaluation
In addition to have a large library of films, Fandor also provides accurate information and intelligent descriptions of films being offered so that you can make a decision on whether you want to watch or not. They also provide trailers so that you can watch clips of movies before you watch them and invest the time in them.

We signed up as a test to see how the service works. In similar fashion to sites like Netflix and Hulu, you’re required to give them your credit card information in order to start your free trial. Within minutes we were watching the film Natural Selection, which they say is in HD. We were watching on an HD widescreen monitor, and the quality of the movie looked pretty good, even when expanded to full size. Overall we were impressed with how easy it was to browse through the different films, and overwhelmed by just how many great movies there are that we didn’t even know about.

Canceling your subscription is easy enough, and there is a big orange button in the Account page that says “Cancel My Subscription”. Other than an exit survey asking you to tell them why you canceled there was no pre-cancellation pitch to try to keep us on board with them.

If you’ve always wanted to become an independent film junkie, but didn’t know how to get started, this provides the bread crumbs you need to follow in order to become one. It makes a great addition to a Netflix membership because you’ll have access to all of the hottest TV shows and movies that everyone knows about, and when you get bored with those you have a whole new genre of films to peruse so that you can make sure you are not missing any really good films.

Having all of these films presented in one place, and being able to play them whenever you want is a pretty cool setup. In all of our research we were unable to locate a competing service that has it figured out so well, and lays out the films in a way that makes you want to watch them all.

Overall, Fandor is getting our Thumbs Up rating for providing quality films and creating a user interface that makes it easy to browse through films that you otherwise wouldn’t have seen, and quickly giving you enough information to decide whether you want to watch them or not. They also make it very easy to sign up, as well cancel your membership if you choose to. The 14 day free trial is plenty of time to decide whether they have enough of an offering to keep you interested for the long-term.

Our Recommendation
At $10 a month this service is a little pricier than some of the other movies sites you might be familiar with. At the same time, they are providing movies that will broaden your horizon when it comes to entertainment, and there really is no other alternative option that allows you to view these types of movies on-demand and in such good quality.

What do you think? Does Fandor work or not?

← Previous Does Terrasil Really Work?
⚅ back to blog
Next →Does TastingRoom.com Really Work?

11 Customer Reviews on “Does Fandor Really Have Quality Films?”