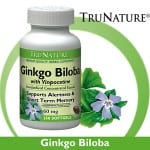 Statistics show that more people are dying from heart attacks and problems with the circulatory system than ever before, and products that can improve the conditions of this vital organ and its networks of veins and arteries such as Ginkgo Biloba are now potentially saving lives.

Overview
Ginkgo Biloba was originally named Ginkgo 6000 thanks to the size of the pills, and although this product has be copied and replicated many times, none have been able to improve on the quality of the effects that are seen from taking this tablet. It is a product that is found naturally growing in the foliage of the Maidenhair tree.

The Claim
The pills are developed to help improve the circulatory system and make a bold statement that consumption of the pills can “improve the circulation in the extremities of the body”. This particularly is aimed at areas in the body such as the brain, feet and hands which can be under-nourished from a lack of blood flow and therefore begin to feel the effects of aging or weakness in the skin tissue earlier than they ideally should.

The Ginkgo Biloba tablets that are found on the market also contain a substance known as ginkgolic acid which is an undesirable substance which comes contained with the good substances that are obtained from the product. Makers of Ginkgo Biloba make the claim that their product contains the least amount of this acid in all products on the market that contain Ginkgo extracts from the Maidenhair tree. This means that Ginkgo Biloba pills have the least ill effects to the internal bodily systems.

The Hype
The hype of this product is felt primarily by those people that have weak hearts and circulatory systems, perhaps those that have had heart surgery or a history of heart attacks running through the family. By improving the circulatory system, the heart will have to perform less work and therefore be in a better condition and more able to provide blood to the whole of the body.

A weak heart can lead to the individual constantly feeling light-headed and weak on their feet or when lifting things with their hands. Ginkgo Biloba can improve these these sorts of conditions, or so it says.

The Cost
Ginkgo Biloba is sold in two differently sized bottles. The smaller of the two contains 180 pills and the recommended price for retail is $9.95. A larger sized bottle of 360 pills can be bought for a price of $17.95.

The Commitment
The pills are given a recommended dosage of one a day and so it is easy to slip this product into your current lifestyle. The best way to take this would be to take the pill at the start of a day before any strenuous work is done. For those that may be undertaking some heavy lifting or sports activities, a second pill can be consumed at some point during the day to give the individual system and extra boost but in general, one a day is best.

Evaluation
Ginkgo Biloba pills are recommended to be taken one a day and so one bottle of 180 pills will last you approximately 6 months, which translates into being exceptional value for money for under $10. The opinions of those that have used Ginkgo Biloba appear to be somewhat mixed between those that praise the product extremely highly and those that were disappointed by the effects.

Each pill contains 120mg of concentrated extract of Ginkgo Biloba which translates into the 6000mg that the product claims. A quarter of the pill is made up from this active ingredient which is a fairly high percentage for a product such as this.

It appears as though this pill, when taken daily, will have an impact on the body’s internal circulatory system. However, it will not work overnight, and will not drastically make things hugely better, but will fairly consistently help the user.

Our Recommendation
Any pill that gives a health advantage is a major boost and a big winner. This product does just that and can, as mentioned, save lives and preserve the condition of the heart. And for this feature alone it is recommended. A one-a-day tablet is easy to consume and the price is so low it would almost be a crime not to buy this product if you do suffer from a weak heart, or are concerned about your overall level of health.

What Do You Think? Does Ginkgo Biloba Really Work?

← Previous Are You Ready For A Ghostly Encounter With Ghost Radar Classic?
⚅ back to blog
Next →Does Epiduo Really Work?