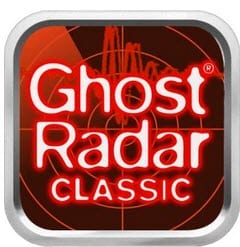 To understand what Ghost Radar Classic is all about, you first have to be curious whether paranormal experiences actually exist, what they are, or can they all be explained through scientific investigations. Ghost radar uses your cell phone to examine some of these phenomena.

What Exactly Is The Paranormal? 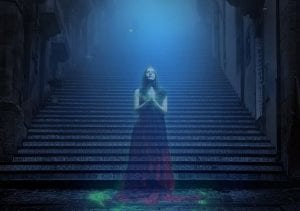 The definition of “paranormal phenomena” is anything that is classed as “beyond the normal” and generally includes events like clairvoyance and telekinesis,  not to mention seeing apparitions like ghosts or spirits, or anything else that cannot be explained through the scope of normal scientific explanations..

What Is Ghost Radar? 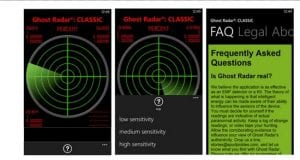 Ghost Radar is an app that has been developed by Spud Pickles software and is available to be downloaded on the majority of new mobile phone platforms. The platforms that are supported are Apple products, Google Android, and Blackberry phones. These phones that allow downloadable apps are known as smartphones.

Ghost Radar is an entertainment application that has a slight twist of the supernatural.

How Does Ghost Radar Classic Work? 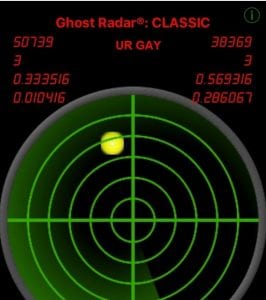 The app’s blurb also contains some written context containing some incredible statements about how this application works. Such claims are that it uses electromagnetic fields, vibrations, and sounds to detect ghosts and paranormal activity in and around the device.

The screen on the cell phone will give readings that need to be deciphered as the sensors pick up the paranormal activity.

The Cost
Ghost Radar Classic is available for free on the Apple, Android, and Blackberry Market app stores. This does mean that the developers sell advertisement space within the user interface that they use to create money, and so there will be scrolling adverts along the bottom and top of the screen during use.

This is where the controversy is going to come in because there are so many variables. Such as: 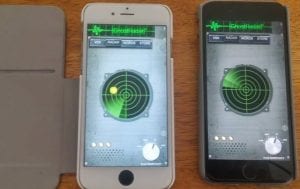 Some have the theory that if two identical iPhones were used then the readings should be identical.

One fellow from YouTube did run a test using identical phones and in different areas but only came up with inconclusive results. So this test alone would not be enough to validate the authenticity.

Is It Easy To Use?

Unlike the expensive equipment where you need a lot of training just to understand how to use it, this app can be used by just about anyone.

If you can download the app then you are ready to go and you simply have to turn it on and then point your phone in the area you are curious about.

It could be noises you hear or perhaps a cold spot you feel, and once you have the phone directed in the questionable area you just have to watch the screen for words or blips to appear. 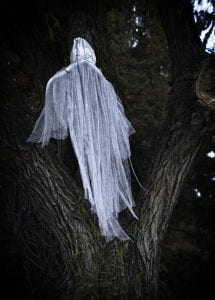 Some people that have used the Ghost Radar Classic app have found that after pointing their phone into the areas they think are suspect they have actually had readings that included letters names or notifications of energy present and this has been backed up by having several readings from different phones all showing the same results.

The negative reviews are from individuals who have used the app with a partner to verify their results and have found readings that have varied from one another. Apparently, the information on each device was significantly different enough to suggest that the app was not working as described.

Overall this ghost detector has had a lot of reviews which is understandable as its been around for a while. Out of 1,796 ratings, it has a 3.7 5 star rating. With about 20% giving it a 1% and the rest in between. So it shows that the negatives and the positives are fairly equal.

The final conclusion is that the app is really meant to be a form of entertainment and ratings will be made by most based on the way they perceive this.

If you don’t want to be carrying your phone around with you all the time on the hunt for ghosts then you may find this Grip phone mount to be ideal.

Don’t forget to share your Ghost Radar Classic experiences with us.

← Previous Does Just for Men Really Work?
⚅ back to blog
Next →Does Ginkgo Biloba Really Work?

232 Customer Reviews on “Are You Ready For A Ghostly Encounter With Ghost Radar Classic?”