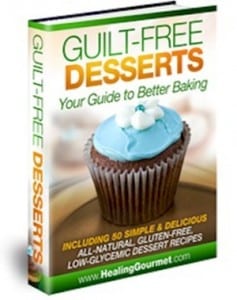 Most of us love desserts but are there really any that you could say don’t add some extra pounds on? Let’s take a look at Guilt Free Desserts and see if that is possible.

Guilt Free Desserts is a huge collection of recipes based on being gluten free and low glycemic. The recipes have been designed so they aren’t supposed to increase your weight or spike your blood sugar.

The promo material of Guilt Free Desserts say that their information will show you how to turn desserts into fat burners, that will make you leaner instead of fatter. First it is important to look at the authority figure here for this product. It is produced by Kelley Herring. Kelley is also the editor in chief for four other very impressive books published by McGraw-Hill. Kelley has her own business called Healing Gourmet.

Almost everyone loves some type of dessert but for those with a weight problem or are dieting these are usually taboo. To promote a possibility of being able to eat desserts that are not going to put on the pounds is all the hype that is needed. Even those that are not into the food making scene will make an exception if they prepare great tasting desserts that aren’t going to make them feel guilty.

You can expect to pay $19. for the Guilt Free Desserts Book, plus as a bonus you will get “Awesome Appetizers”, plus “Copycat Girlscout Cookies”, and your order comes with a 60 day money back guarantee

One of the problems that we deal with when it comes to weight is diving into the fast foods, including the desserts. There are so many ways that the calories and harmful ingredients can be scaled way back or even eliminated, but this takes work. You have to prepare these desserts so if your sweets really are important to you, then be prepared to put the effort into what it is going to take to allow you to indulge with what are claimed to be no repercussions.

The first thing we wanted to do when looking this product over was get past the hype and down to the nitty gritty of what could make this work. The biggest factor here is that not only is the Guilt Free Desserts being promoted as not putting fat on, it is being touted as fat burning recipes. This is a big claim for sure. The desserts are focused on using metabolic powered ingredients, and these are what are being claimed as making the big difference.

We are going to give the Guilt Free Desserts a Thumbs Up rating. It is being discovered that many foods do affect the metabolics of our system. Some in a good way and others not so good. We like the approach that was taken in the development of the recipes. They started with basic unhealthy but oh so yummy recipes then eliminated all the bad things in them, and replaced them with good healthy ingredients. Two major potentially bad ingredients that were replaced were sugar and flour.

If you know anything about nutrition at least when it comes to what can be bad for you, then you will understand the concept of the Guilt Free Desserts. You will want to look the promo material over carefully. If you decide to go ahead and purchase the Guilt Free Desserts you might also want to take a look at the Nostalgia Electrics Cake Pop Maker that we reviewed to further enhance your making of great but good for you desserts.

What do you think? Does Guilt Free Desserts work or not?

← Previous Does the Chair Gym Really Work?
⚅ back to blog
Next →Does the Lodge L410 Pre-Seasoned Sportsman’s Charcoal Grill Really Work? 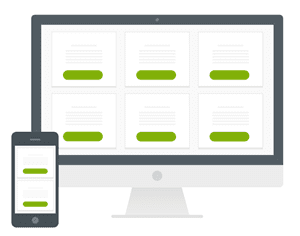 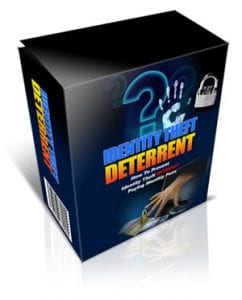 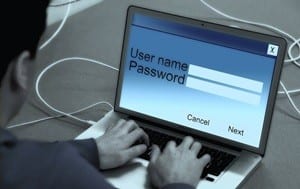