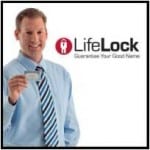 If you’ve ever worried that your personal information isn’t secure, you may have considered LifeLock. In a world of constantly growing technology, and things moving into the digital realm more and more, identity theft becomes a larger concern. But how secure or insecure is your information, and how much damage can someone really do with things like your Social Security number or credit card information? And does LifeLock provide a reliable solution? Does it work?

Overview
LifeLock has a rather jaded history since it started back in 2005. On the surface it looks like a good service, and something that people should have in place as part of a conscientious effort to protect their most important data. However, when you look at what it actually is you get a chance to see that it’s mostly fluff. All the service entails is a monitoring service that looks for any fruadulant applications made in your name.

Therefore, LifeLock doesn’t actually protect your information from getting taken, just from being used.

The Hype
Most of the hype comes in the form of their radio and television spots that had the founder of the company publicly announce his Social Security number in a show that he was protected from any sort of abuse. It was a great marketing idea, but it backfired on the company and on the founder when identity thefts successfully took out loans in his name using the number he provided. Oops.

The hype gathered more momentum by using big name celebrities to promote the service such as Howard Stern and Rush Limbaugh. Both of these celebs are known as having a large following that is very receptive to their suggestions and recommendations. They are good at planting a seed of doubt or fear in their audience, and enticing them into action.

The Cost
LifeLock costs $10 a month for their smallest plan. You can enlist the services of the LifeLock Command Center for an extra $5 a month for “advanced protection”.

The Commitment
The only commitment on your part is paying the monthly fee to keep the protection in place.

Not really. LifeLock works, but not to the level that they’d have their customers believe. The conundrum is that if you have enough assets to be concerned about identity theft, then you can afford much more secure and professional services.

LifeLock’s business model and marketing campaign is completely based on fear. Their job is to prey on your pre-existing fear that someone is out to get your information and use it to their advantage. If you don’t have this fear, their goal is to instill it. You have to take a rational approach to the matter and look at the facts. The fact is that if you are careful with your sensitive information, it’s no easy chore for someone to use it nefariously.

The other point to consider is the worst case scenario. There’s only so much that a person can do with your information, and in most cases it’s easy to track it down and fix it. Visa, MasterCard, and American Express have guarantees that you’re protected from fraudulant transactions. They have to have these guarantees or no one would use their cards.

Of course you always see horror stories on the news of someone taking on another’s identity and living a lavish lifestyle at their expense. In almost every case, the money gets refunded and the culprit gets punished. These are rare instances and not the norm, especially if you’re careful with your information and online purchasing habits. The media never reports on the millions and billions of successful transactions and loan applications, you just hear about the very few instances of fraud.

Our Recommendation
If you have an average net worth and credit rating, then you won’t get much security from having their service in place. There’s no point in spending money every month for a false feeling of security. Your information won’t be protected from being stolen, it will only mildly be protected against some forms of use. The fact that the founder’s own Social Security number was used successfully by scammers after he publicly declared it is proof enough that the service is rather useless.

What Do You Think? Does Lifelock Really Work?