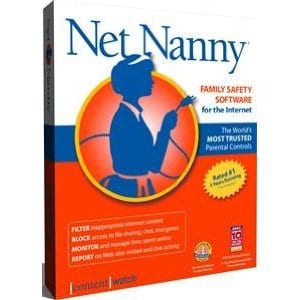 Is Net Nanny something you can trust to keep your children safe online? It can be a scary world out there, and kids really need to stay safe from Internet predators, online bullying and all sorts of stuff we didn’t have to deal with when we were kids. You want to be a good parent, but you don’t want it to get in the way of letting your kid live a normal life and have fun. The Internet can also be a wonderful place for learning, making friends, solidifying friendships, and expressing creativity. So you don’t want to shut it down completely, just filter out the vile and nasty.

Overview
Parental controls for the Internet have been around nearly as long as the Internet itself. Some have proven to be more effective than others. There’s the inherent problem of your kids knowing more about computers and software than you do, so they can just find workarounds as fast as you can install something new.

The Hype
The hype is that if your kid really wants to look at the stuff they shouldn’t, and wants to use language with their friends that you don’t approve of, they’re going to find a way to do it. You can’t monitor every computer on the planet, and you can’t be sure of what they are doing at their friend’s house, or on their cell phone.

The Cost
Net Nanny is reasonably priced for all that it does. You can protect one computer for $40 a year or you can get a family plan which includes three computers for just $60 a year.

The Commitment
Even though the blocking features will handle a lot of the heavy lifting for you, you’ll still have to be the one to look over their social activity and monitor what they’re saying. This is where it’s important to use your best judgment as to what you should make an issue out of, and what you should leave alone. Depending on how old your child is, you could really be invading their privacy. The case can be made that if they’re living under your roof they don’t have a right to privacy, but that’s a little extreme. It’s hard to imagine what it’s like to be a kid these days, because the Internet has changed virtually every aspect of life.

Pornography is probably one of the biggest changes. Before the Internet it was pretty hard and embarrassing to get ahold of adult material, and that was for pretty soft stuff compared to what can be accessed with a simple search. Nowadays kids are a few keystrokes away from seeing hardcore porn in HD video, with all sorts of fetishes and oddball stuff that wasn’t publicly accessible just 10 years ago or so. Just because you are blocking your child doesn’t mean their friend’s parents are blocking their children, so it’s a high likelihood that they’ll eventually hear about stuff that would make your jaw drop.

So you have to come to terms with a commitment level that makes you feel good as a parent, that let’s your kid be a kid for as long as they can, and that doesn’t make them an outcast by being overly protected, and sheltered from the world.

Managing how long your child spends online is something that many parents don’t do, either because it’s too hard to keep track of, or they don’t see the point. If your child is spending hours and hours on the Internet, chances are it’s not all productive or innocent. By managing how long they have to spend online you’ll be instilling in them a sense of urgency while they’re on the computer, instead of having them use it for entertainment, education, and socialization. It’s a great way to teach overall time management skills, and makes the time spent online feel special, and not just something to do because they have nothing better to do. It’s also great for families, making sure that one member doesn’t hog the computer for too long.

The Snooping Parent
Going behind the scenes and seeing what your child is doing on sites like YouTube, Facebook, and Twitter seems to be going a little too far. Why not just be their friend on Facebook, or follow them on Twitter? This makes you a part of their lives, and not just a police force waiting for them to make a mistake. Of course they could set messages so that you don’t see them, but that probably means they don’t want you to. A child eventually wants to separate their identity from their parents, and part of that is doing things that they wouldn’t want you to know about. That doesn’t necessarily mean they will be doing bad things, but they just want to establish boundaries and have a sense of their own identity.

Monitoring who your child is talking too is especially important for instant messages, but you don’t really need to get in to the nitty gritty of what’s being said, as long as you’ve confirmed the identity of who they’re talking to. Let them have their conversations with confirmed school friends and neighborhood buddies, but block anyone that they meet randomly online, or that you’re not familiar with.

Net Nanny is a great asset to have in your efforts to help you child have a positive and great childhood. While filtering out the bad but allowing the good, you are helping the Internet be what it is meant to be, a place filled with good apples. Just be sure not to go overboard with your parenting. Show your kids that you trust them and their judgement, and that you’re putting this in place so they have a better experience, not that you suspect they can’t handle being unsupervised.

Our Recommendation
At this price point there just isn’t any other software that comes close to being as effective as Net Nanny. Depending on how many computers you have in your home we recommend getting the single or family plan.

What do you think? Does Net Nanny work or not?

← Previous Does Body Innoventions Lip Explosion Really Work?
⚅ back to blog
Next →Is the Dremel 4000 Really a Wonder Tool?

117 Customer Reviews on “Does Net Nanny Really Protect Your Child?”