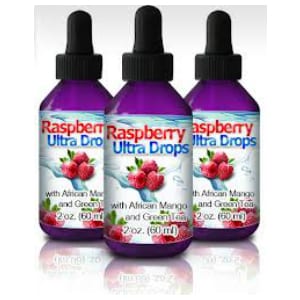 Raspberry Ultra Drops says that it’s made for both men and women to be able to lose weight due to the 8 ingredients it contains, including antioxidants that help the body burn more fat than it currently does. But one resounding question we hear from our visitors is whether or not it actually works.

Overview
Losing weight can definitely be hard because the things that cause it to happen are generally thought of as being not fun to do. Switching your diet from high fat to low fat, eating fewer calories, and cutting junk food and sweets can be unbearable, especially if you’re not used to it. Change is always hard, so instead many people turn to products that promise you’ll be able to keep your current lifestyle but get the body you want.

The Claim
The makers of Raspberry Ultra Drops say you can lose one to two pounds per day while taking them. This may sound nice at first, but most health care professionals advise against losing weight at such a rapid pace. The reason is that you most likely didn’t gain one or two pounds per day in order to put the weight on. The body doesn’t respond well to such rapid fat loss, and other health complications can arise from losing the weight too quickly. You can get caught in a dangerous cycle of losing and gaining weight quickly, called yo-yo dieting, and it can be hard to get out of that cycle once it’s started.

The Hype
The hype over raspberry ketones is thanks to Dr. Oz on The Dr. Oz show. He gushed over these, calling it the number one thing you can do to lose weight and fat. He has a way of hyping products without actually naming names as far as what to try. This of course would harm his credibility and there would be obvious conflicts of interest if he actually endorsed products. People would call him a shill for these companies and would say that he’s selling out. So instead, he creates hype within the weight loss niche simply by saying a type of product works. The hype trickles over to products like these.

The Cost
The Raspberry Ultra Drops site is forwarding you to a place selling a product called Liquid Raspberry Ketone which goes for $80 a bottle. This seems almost exploitative, and you really don’t need to spend this kind of money in order to lose weight. There are plenty of raspberry ketone products available that come with more assurance that you’re getting quality ingredients, and they’re less than half the price of this.

The Commitment
All that’s really necessary on your part is to take the drops as directed. Of course if you did make certain lifestyle changes like eating better foods and getting more exercise, your results would come more quickly, and be more noticeable.

Evaluation
What makes Raspberry Ultra Drops different from most other raspberry ketone products is the form they come in. Most come in pill form, and there’s something to be said for taking this sublingually. It’s able to bypass going through the digestive system and can be absorbed right away by being placed under the tongue. The other unique feature to this product is that it’s mixed with other uber-trendy weight loss products like African Mango and Green Tea Extract. They also throw in L-Carnitine for good measure.

What you’ll have to decide for yourself if whether all of these other ingredients are really necessary. Dr. Oz seemed pretty confident that raspberry ketones did the job all by themselves, without any help. In fact, he hinted that you wouldn’t want any extra fillers and just want to take it on its own. There’s also no studies that have been done that have shown how the body responds to taking a supplement that mixes all of these ingredients into one.

The final verdict for Raspberry Ketone Ultra Drops is a Risky Try. There are simply too many unknowns, and not enough proof supplied to make this a solid purchase. The company is too new to be able to put your faith in them that you’re getting legitimate ingredients in high-quality form. Also, no sort of clinical data is provided that shows this has been studied at all, or provides the results they speak of. Since each ingredient it includes has it own fair share of controversy as to how effective it is, the sum of all of the parts leads to a sketchy product at best.

Our Recommendation
We’d recommend going with one of the other raspberry ketone products that we’ve previously reviewed. Several of them come with more likelihood that you’re actually getting the real extract. It’s the burden of the manufacturer to make a strong case for their product, and in this case they simply didn’t do that.

What do you think? Do Raspberry Ultra Drops work or not?