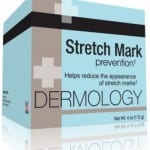 Stretch mark creams? These pesky lines have been the source of embarrassment for many people, namely women working off the lasting effects of pregnancy and childbirth.  They are caused from a rapid extending of the skin.  Most commonly, these effects are seen in pregnant women, though they are not limited to this market.

Stretch marks are also seen as a result of obesity, and even a rapid period of growth that may occur in puberty.  When it comes down to it, stretch marks are simply scars within the skin.

Understanding the Hype
With a consistent market of consumers craving some remedy allowing them back in to their two-piece, it was only natural for manufacturers to chase after the proper ingredients to make the perfect stretch mark cream.  Over time, varying attempts began shifting towards a final formula in the organic market, which is now what the vast majority of creams contain.

Few people want others to see cosmetic problems like stretch marks, and with a continued emphasis on appearance throughout every facet of society, most feel that creams like these are easily worth the investment if they remedy the overall problem.

What Are Stretch Mark Creams Supposed to Do?
According to the manufacturers, these creams have the ability to stimulate collagen production in your skin, giving it back its natural elasticity.  As far as over-the-counter stretch mark removal products, they all contain the same basic composite, which includes a variety of nutrients and herbs, such as vitamin-E and aloe vera.

Vitamin-E is said to help your skin rejuvenate, while aloe vera moisturizes and smoothes your skin.  The actual ingredients that are said to aid in healing stretch marks are minutely different between different brands.  In some, Tretinoin is used because it is the acidic form of vitamin-A, therefore having a tendency to raise collagen production in the outer layer of skin.

Another main ingredient found in stretch mark cream is emu oil, which breaks down to being about 70% fatty acids.  This oil is made from the fat of an emu, an ostrich like bird native to Australia.  For thousands of years, the fat of the bird is said to have been used by the aborigines to help treat burns and other minor physical injuries.  Further studies have also shown that emu oil does provide help with reducing scar formations caused by burns because it is natural anti-inflammatory.

It seems that with the potential to prevents scars from occurring on healing skin, comes the possibility of removing previously laid scarring like stretch marks.

Do Stretch Mark Creams Really Work? Is There A Verdict?

With a consistent market looking towards stretch mark removal, it isn’t surprising to see American companies continuously striving towards an improved version, trying to out-produce one another.  The market is remaining primarily organic, because that is what those who don’t wish options like cosmetic surgery prefer.  With that tendency comes natural ingredients instead of chemicals, and while separately each ingredient does have its own proven effects, no creams on the market can offer a scientifically proven guarantee.

Nevertheless, stretch mark creams options like these have been making quite an impact on the market, and women across the Internet have been writing about them..   Reviews, blogs, and a variety of health and women’s forums have been throwing positive words around about a good variety of the different creams available.  Without any scientifically proven benefits, though, questioning consumers are left to rely on word of mouth, still unsure on whether or not these organic creams can really take away stretch marks.

What Do You Think? Do Stretch Mark Creams Really Work?

← Previous Does Paid Shopping Really Work?
⚅ back to blog
Next →Do Paid Surveys Really Work?