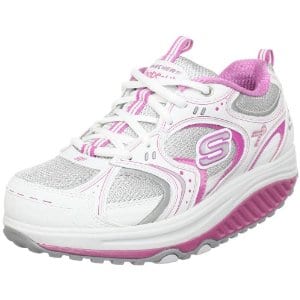 Toning shoes got a lot of attention a while back as a way to shape your legs and butt without really doing too much work, just wearing the shoes. Of course this created quite the stir, and people went out and bought them in droves.

But it didn’t take long for the backlash to occur, as many people came back saying that they weren’t getting the results they expected, and although their legs felt sore, they weren’t toning up, or losing the weight. So were people just using these the wrong way, or was their something else happening?

Overview
A few years back the American public spent one billion dollars on toning shoes. That’s a lot of money, and goes to show just how willing people are to try something like this that promises you don’t have to get involved too much in your fitness. It’s just the way we’re wired, and it’s no coincidence that we’re like this. The Internet and technology has brought so much speed and ease to our lives that we just expect everything to happen quickly. When it doesn’t we get antsy and frustrated. It’s a byproduct of the times.

The Claim
The makers of toning shoes used to claim all sorts of things, anything that could be feasible for a pair of shoes to do, including weight loss, and an improvement in cardiovascular health. The insidious part of these claims is that the user doesn’t have to do anything other than wear the shoes and go about their daily business.

Skechers ended up paying 40 million dollars in a settlement for making outlandish claims that the shoes could do all sorts of things, from tone your muscles to improve your cardiovascular health. Even after paying the settlement they still claim that their Shape Ups can improve your posture, increase your calorie burn, and increase the muscle activation in your lower leg, as well as reduce moderate back pain. It seems that this are still quite a bit of claims for a shoe, but they now include the phrase “when used properly” and have an asterisk that says that the claims have not been clinically proven.

The Hype
The hype comes from the fact that much of the marketing focused on the user not really changing their lifestyle too much, and just wearing the shoes. It was the wearing of the shoes that caused the magic to happen, and is why many women wanted to try them out and see what sort of results they’d get.

The Cost
Most toning shoes range in price, but they are similar to the average pair of running shoes. Although some of them come with a premium price, since the toning aspect is considered an upgraded feature. This is a clever ploy by the shoe companies, because they can now charge more for a shoe that costs them the same amount to produce as any of their other shoes, but they create a higher perceived value.

The Commitment
This is the part that appealed to so many women, because you were only required to wear the shoes. Ordinary walking was supposed to be enough to naturally keep your lower body toned. With so much emphases on the booty and legs these days, it promised to tone things up and keep everything looking good below the waist.

Evaluation
Proponents of toning shoes say that it is the instability they create that gets the results. By forcing a sort of wobbling effect, they make your leg muscles engage, therefore strengthening leg muscles that would otherwise go unused. Studies have shown that the shoes don’t actually do anything special, won’t improve your workouts at all, and are just like wearing a pair or ordinary shoes, fitness wise.

One benefit to them is that if you wear them and feel like they’re working and doing something for you, you will be more likely to walk or run more often, and this could result in getting more fit. Anything that gets you moving and gets you motivated is always a welcome addition into your life.

Lose the Trainer?
Some of the ads for toning shoes said that you could fire your personal trainer and just wear the shoes. It’s amazing to think that a piece of footwear could replace the one on one guidance from a trained and qualified instructor. It’s these types of promos that forced the FTC to get involved and bring the hammer down on companies like Skechers. The claims are unfounded, and they create the idea that you will be able to get a gym-quality workout just by changing footwear.

Toning shoes unfortunately don’t live up to the claims that they make, or the hype of their advertising spots. It’s not your fault that you want a quick fitness fix, it’s human nature. We want results and we want them yesterday. But getting fit is like growing a plant. You first have to plant the seed, and then there’s a period where things are happening beneath the surface but you can’t see any visible results. Then the first leaves poke through the earth and eventually the full plant develops.

You have to have the wherewithal to make it through that start up period and have faith that things are happening, but you just can’t see them yet. This is the time when most people get frustrated with their workout program and quit. It can be hard to go a few weeks and not see any visible results. That’s why you should focus on how you feel, and look for improvements in your attitude and outlook on life, as these can change immediately.

Our Recommendation
We don’t recommend going with toning shoes. You can, because it will strenghten muscles in your legs you don’t otherwise use, but you shouldn’t buy into the idea that you’re going to get magically fit by simply wearing them. In the end, it’s just a gimmick that was used to sell shoes. A lot of shoes.

What do you think? Do Toning Shoes work or not?

← Previous Do My Zone Headphones Really Work?
⚅ back to blog
Next →Do Shape Up Shoes Work? 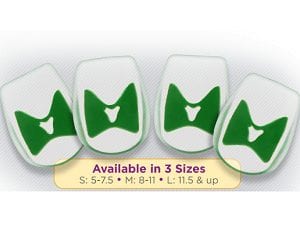 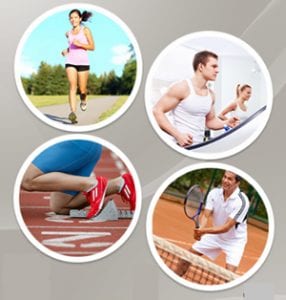